The study showed that elevating a good cholesterol count had no effect on reducing strokes so back the the drawing board and using drugs that lower high cholesterol counts it appears.  The drug from Abbott was approved by the FDA and now it looks like some additional study and research information may be in line here.  In addition some patients experienced side effects from the drug. 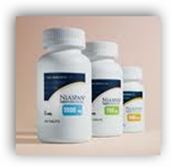 One doctor at the Cleveland Clinic stated that allowing drugs to stay on the market that affect lipids and other biomarkers is not a good direction to follow and recommended another look at regulatory processes.  The trial lasted 18 months and found that adding Niaspan made no difference.  Zocor and Lipitor worked fine alone with keeping bad cholesterol levels low and the study said there was lacking evidence that changing HDL and triglycerides has any effect.  BD

WASHINGTON — Lowering bad cholesterol levels reduces heart attack risks, and researchers have long hoped that raising good cholesterol would help, too. Surprising results from a large government study announced on Thursday suggest that this hope may be misplaced.

The study could change the way doctors treat millions of patients with heart disease. Common wisdom has been that such patients should take a statin drug like Lipitor or Zocor to lower bad cholesterol and, in many cases, the vitamin niacin to raise their good cholesterol. But in the trial, niacin provided no benefit over simple statin therapy.

The results are part of a string of studies that suggest that what doctors thought they knew about cholesterol may be wrong. Studies that track patients over time have for decades shown that patients with higher levels of high-density lipoproteins (H.D.L., or good cholesterol) tend to live longer and have fewer heart problems than those with lower levels of this cholesterol.

What is remarkable about the study is that niacin seemed to be working. Patients taking the medicine along with Zocor had higher levels of H.D.L. and lower levels of triglycerides, a fat in the blood. Despite these seeming improvements, the patients fared no better and may have done slightly worse than those taking Zocor alone. That is why the entire theory behind trying to increase H.D.L. levels in patients with heart disease may need rethinking.