I’m going to use some experiences that my 86 year old mother had this week with phone calls from both entities.  She’s a diabetic and has been for around 12 years and thus so is tuned in to taking her blood sugar readings every day and she does it like clockwork.  She also has a good record of getting in for her appointments for her annual physicals and breast screenings.

A couple weeks ago she received a call from her Medicare Part D insurer reminding her that it is time for her annual physical.  She knew this already and we talked about it a couple weeks ago.  There’s nothing wrong with getting a reminder phone call and I understand where all of this is coming from, especially with healthcare reform and no co-pays required. What became a little less than tolerable though with the phone call was the insistence of the caller wanting to make a conference call and make her appointment for her.  The called asked if she would like to have her make the appointment for my mother.  When my mother said she preferred not and that she would call and make her own appointment, this is where the pressure cooker turned on.  Mom had one heck of a time convincing her that she would call and make the appointment and was brow beat over and over on how the caller from the health plan would do this for her, almost to the point of not accepting ‘no” for an answer. 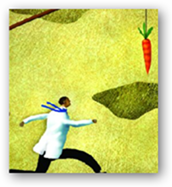 This is a bit heavy here to me as if the caller could see she is up to date on everything and does what she is supposed to do. This makes me wonder if the callers are on “pay for performance” for every appointment they make?  I know this stuff goes on with either a bonus or an evaluation on how successful they are with doing this job.  I spent over 25 years in sales and marketing and that is how some of this comes about.  Pay for performance is coming out our ears!

Shoot ask any MD about pay for performance in this area and they can tell you some of what they get too, i.e. they get drug over the carpet for patients not filling their prescriptions when in fact they have, but may have chosen a $4.00 generic source and have not used their “prescription” plan and by doing that actually saved money.  Insurers have some new algorithms and those spark new business model programs for compliance.  MDs also get bad nicks on their pay for performance for failure of dead patients who have not had their annual mammogram. 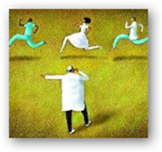 What are we doing with all the data we have?  We still need help and direction with many in knowing how to use it constructively  and productively.

This just rubbed me the wrong way for a caller to be so insistent and pushy.  Let’s move on to the next 2 compliance phone calls here.  She gets her diabetes strips from Walgreens who also called her.  Again as I mentioned above she’s been a diabetic for years and does her testing as she should, and does it twice a day, but the pharmacy said she needs to do it 3 times a day.  The pharmacy also said they had her next prescription ready for her too.  To this she said, hold off as I am getting too much and I don’t want to have too much on hand that might expire before I can use it.

Translation: Mom is messing up the automated system her by doing it twice a day instead of 3 times a day I think <grin>.  They may or may not have a parameter that can be added for twice a day, either that or it requires someone in a supervisory position to make that change or a programmer to add it as a selected choice for the patient based on communications.   I realize working with data how automation is set into motion based on parameters.  if you miss your screening, Walgreens has buses running out there to help patients too.

Phone call number 3, which is also like 1 and 2 is unrelated.  This phone call 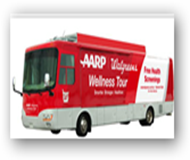 comes from her healthcare provider again checking in with her medication requirements and they said twice a day is sufficient for her to take her readings and she told them about the pharmacy insisting she needed to do this 3 times a day.

Now I know the three new words with medications is compliance, compliance, compliance, but when we have folks working in a pool of compliance phone call employees calling, let’s get on the same routine here if we can.  It’s things like this that make the whole system look stupid, and it is stupid.  So far, we have not heard from her mail order pharmacy but who knows they could be next.  At this point she is ok without having to hear from them too.

On her physical, if they want to call back in a couple weeks if their data would not show an appointment being made with her doctor that is fine.  Knowing Mom though that will not be necessary, but I also understand everyone is not Mom and doesn’t follow the rules like she does. They actually made her feel bad and she resented the pounding and insistence of all this information all the way around from the drug store to the healthcare insurer.  Some pharmacies allow the pharmacists to collect pay for performance money too, but lucky Mom at this point United is not her carrier so hopefully this program will pass her by at 86 as she’s not physically able to be working out at the YMCA.

Is there not a better way to do this I ask?  Can we all get on the same wave length and not badger the patients?  We have always worked through our doctors for all of this and I think that method is the best.

By the way, at 86 years old Mom does her refills online

and is right up to par on this as it is easier for her that way.  Seniors are into using the internet for convenience too so don’t think that doesn’t happen just due to age.  She also has a PHR with HealthVault too and granted I helped her out there but who cares she has it and knows how to pull it up if she needs the information.

I used Mom as an example but she is not alone in this as others will be getting the same so some courtesy and less pressure for compliance to meet their internal performance goals would be nice.  This is still the human business and it still pays to “listen” to the patient before jumping off a limb to be the “Shell Answer man” to dictate rather than advise with patient care.

Shame on all these callers with lacking some common human sense and the ability to listen and shame on those directors who push these individuals to work and react in such a fashion – business model needs improvement.  BD