Hospital Lawsuit over EHR Systems and Money-Meditech, Epic and “The Consultants”-“Meaningful Money” & “Health IT Literacy”

We have now moved beyond “meaningful use” and in this case are looking at “meaningful money” of sorts.  This is a type of decision that many healthcare companies look at today,do we keep adding on or do we rip out and start from scratch, and money is the top influencer in this case for sure. 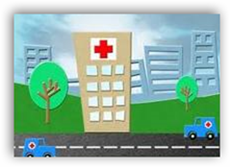 The company already had an installation of Epic Medical records and looked at basically starting over with Medtech. Why would anyone want to rip out what is there and start over – money, what else.  Then we have the consultants enter the situation with their suggestions based on cost algorithms and no doubt the Meditech solution came in as being cheaper, money wise that is.  Sometimes things look this way on the big analysis sheets but when you dig in and actually start the project, things can kind of change along the way too, since technology is rapidly moving along today.  The hospital was in dire financial shape, so of course everyone starts looking around for alternatives to the current cost of upgrading and increasing the current capabilities of their Epic system.

Now it gets real interesting here with the story stating that they could I believe save money on security and then the hospital became infected with a virus.  Not knowing all the details on this it’s hard to say much more on this account.  Sadly the Meditech system and the consultants were tossed out and they went back to charting on paper!  What bill of goods one asks was sold to the board of directors you ask at this point?  It’s one of those where you have to have been there to really know.

Now the hospital wants the millions back from the consultants and $16 million in the damages caused.  When this all occurred, the hospital had already spent over $26 million on Epic.  So you thing Health IT systems are simple and that any old consultant can advise you, think again.  The Health IT Illiterate in so many areas, to include our Congress, thinks that all of this grows on trees and doesn’t understand what works in the background and the cost.  I sat in on a blogger panel yesterday and made reference to this exact point, and consumers need some general

This is also a good case for non collaboration costing a lot of money, time and expense.  I think the consultants should have maybe thought out their recommendations a little more.  It didn’t seem there was much collaboration here sadly for the hospital.

The price of Health IT is high enough today without additional costs such as what occurred here.  It takes a lot of time and money to change out systems today now that we are all integrated via the internet and data is shared in so many places.  BD

The Methodist Hospitals claims in a federal lawsuit that the company it hired in 2006 to help steer it out of a financial mess instead directed it to a new computer system that wasted $16.6 million.

The computer system opened up almost half of Methodist's computers to a virus attack and messed up patient information to the point that doctors and nurses had to abandon the system altogether, according to the lawsuit filed Wednesday in the U.S. District Court in Hammond.

The lawsuit names as defendants FTI Cambio, a Tennessee company, and HealthNET and Medical Information Technology Inc., both based in Massachusetts.

However, Methodist now says HealthNET and Cambio lied about the costs, saying it would cost another $25 million to finish installing Epic when it would really have cost $11 million.

Instead, the companies told Methodist part-way through the Meditech installation the hospital needed to lower its security and anti-virus protection. Methodist says in the lawsuit this left the company's computers open to attack and 40 percent of them got infected with the Conflicker virus because of it. The system also became too burdened to use without customization, according to the lawsuit.