Coventry Healthcare found the error and has fixed the algorithm, which is called a “computer glitch” here, but it’s just another algorithm.  I am trying my best to educate readers here on the power of those algorithms and how the

automated processes control not only the information we receive but also the automated decision making processes that handle your medical claims.

Someone’s SQL statement went out of whack here and this is the end result and the cause could be nailed down to many sources so without knowing the internal networking and data base capabilities it’s hard to speculate on exactly what happened. Obviously the University of Missouri is not happy about this as well as the patients.  All patients have now received new cards so the query will run correctly next time and an 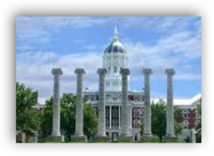 erroneous mailing error should not occur.  Data queries are dependent on matching unique identifier codes and something in this area either became corrupt or scrambled.  Medicare is run by contractors too with data bases as well as big corporations who contract to insurers to run their employee benefit plans.

I have seen stuff like this happen and one time it was a matter of a power failure without a sufficient power back up that “fried” the data base with information thrown into tables where it did not belong and the parameters for the amount of data in the table exceeded the design, and thus there was mass corruption, so good thing we all have and rely on back ups in the IT business as that’s what I had to do, as the time to fix a corrupted data base would have been extensive by comparison and even then there are no guarantees you get all of it. BD

Those affected were participants of the university’s Choice Health Care Program.