If you have read the news of late, the NHS is going through the motions of reorganizing their efforts over in the UK.  Insurers seem to be trying to figure out the 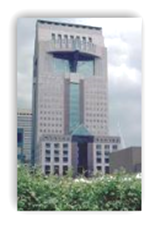 market in the UK and determine if in fact there is a market over there. Last year I did a post about insurance brokers in Germany with a poll published showing that an insurance broker was the absolute “bottom feeder” job over there and a friend in the UK told it the feelings were just about the same in the UK too.

The British Medical Association also voiced big fears of American insurance companies getting any kind of a stronghold on their medical system as well.  Over n Europe in some areas they have a different situation with others outside of insurance companies owning so much of the Health IT technology too which makes a difference as here they own and control so much of it with huge government contracts as we have 8 years of an administration that didn’t see much value with IT services and thus now the US is playing catch up all over the place, which was purely evidenced in 2008 when even the White House had many computers still running Windows 98 when the Obama administration moved in, so again, a lot of IT work to catch up on.  BD

Humana, the giant US health insurer, is pulling out of the UK, unconvinced that the coalition’s healthcare shake-up will open up a lucrative market in helping GPs buy NHS care.

Its decision comes as other providers of commissioning support – for example Bupa, Tribal and the US-owned Aetna and United Health – also appear to be making cautious assessments of the opportunities it will yield.

Andrew Lansley on Wednesday publishes the bill that will hand over the commissioning of £70bn or more of NHS care to family doctors by 2013, with the health service unions, including the British Medical Association, voicing fears over large scale private involvement, or even a takeover, of commissioning by big US health companies and others.

Humana made a significant investment in the UK in 2006, offering innovative ways of improving care for patients with long-term conditions and support for primary care trusts in the commissioning of NHS care.  However, few PCTs took advantage of a cumbersome framework contract drawn up by the Department of Health that was intended to ease the acquisition of private sector expertise.

“The market for private sector commissioning support is unlikely to develop dramatically in the next year or so,” he said. Humana is looking to sell off its limited UK business – it employs 70 staff – and is likely to close its operations within six months.

FT.com / Health - US health insurer pulls out of UK