The liability cases keep coming in on Avandia and they thought they had settled just about all until a new batch arrived.  Sales of Avandia were around $3 Billion a year and it was back in 2007 when a study linked the drugs to heart attacks that sales

began to decline, but even as late as 2009 the sales numbers were still over a billion.

In July of 2010 India stopped Avandia clinical trials as well with suspending 19 programs, so diabetes control was there but the risk of heart disease outweighed the benefit of the drug.  The current CFO is retiring in March, thus the need to fill the position.  I talk quite a bit here about business intelligence and algorithms and the folks on Wall Street invest the heaviest and have some of the by far best mathematicians money can hire and buy, so no surprise in this day and age that GlaxoSmithKline has decided they need some “Algo Men” on board especially in key positions.  At least this way with perhaps being a bit proactive on some of the past studies and reports, they might be able to dig up some inconsistencies ahead of everyone else before it becomes a major issue.

The Cleveland Clinic found in 2007 that the risk of heart attacks with use of the drug was over 40%, so that is worth paying attention to.

The company, as well as many other pharma companies is looking at more expansion of “inhaled drugs” and one example is with the Nicorette Inhaler, kind of looks like a tampon but if it works then I guess it will be around but the video for this is kind of amusing to watch.  BD 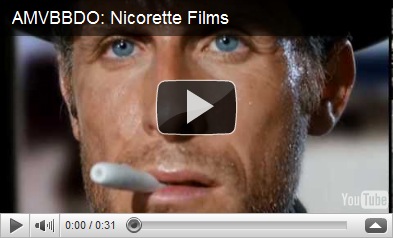 The charge equates to an after-tax cost of 1.8 billion pounds, more than the 1.45 billion the drugmaker had been expected to make in net income during the three months to December, according to Thomson Reuters consensus forecasts.

Shares in Britain's biggest pharmaceuticals group fell 1.6 percent on the news, underperforming a 0.7 percent advance in the European sector.

"We recognize that this is a significant charge, but we believe the approach we are taking to resolve long-standing legal matters is in the company's best interests," the company's head of global litigation, PD Villarreal, said in a statement.