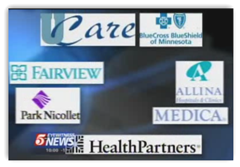 news station uncovered in this confidential document.  It’s not nice and it’s budget algorithms cuts.  Let me tell you, if you don’t learn anything else at this blog, learn that one word “algorithm” as this is what is being used to make decisions and the bean counters are forgetting there are people attached to those numbers.

In this report you can see where the document shows the state’s biggest HMO carriers working together on costs and cutting efforts.  In the embarrassment of this document appearing those concerned told the news station this is only a preliminary working document, whatever that means.  The station showed it to quite a few people and it would deny care to seniors, the disabled and more.  They want to immediately cut 400 jobs too in the process.

REPORTS ARE RUN AND CREATED ON ALGORITHMIC FORMULAS.

Nobody knew anything about the plant until it was shown around and the cut is around $170 million in cuts.  They showed the plan to a local legislature and he was floored. 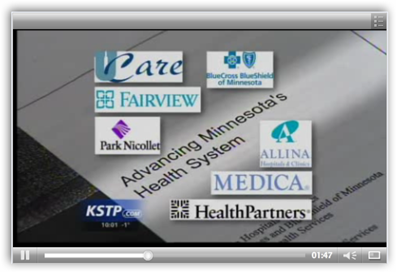 This is one of the reason why it may not always be the best of interest to have insurance companies run managing or any regulating part of healthcare, i.e. we have insurance companies running Medicare (aka known as contractors) as this is what happens, so the state of Minnesota was not happy to see the HMOs stepping up to flat out cut costs to managing the plans.  Again even if this is a preliminary document and it shows that they can administer the plan and cut state jobs, is this a good idea to even put this in a document?  The state of Minnesota according to this video has not been audited either.  BD

Among the changes the HMOs are considering as budget saving proposals for the legislature are: cuts in certain services to the developmentally disabled and the elderly. The draft report also calls for the elimination of 30 percent of the public union employees who help administer Medicaid and other public programs. And, it also includes the possibility of raising Minnesota's "sin taxes" by about $1.2-billion. Those taxes would include sales on tobacco, liquor and sugar sweetened soft drinks. 5 EYEWITNESS NEWS shared the document's outlines with union leaders, the Minnesota Nurses Association, lawmakers and advocates for the disabled. Each group expressed concern about the plan and criticized the HMOs for trying to help balance the state's budget on the backs of the disabled, poor and elderly.