In doing this blog and researching and reading about what’s happening here and what goes on globally I guess I’m kind of close to it as well as the journalists who bring the article to press that I blog about.  We see jobs and technology going over 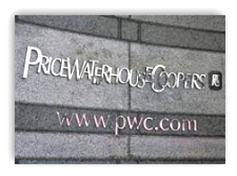 seas with one business after another.  That’s part of our job problem here in the US with outsourcing to “cheaper” sources.  This has been going on for many years and as long as the US had the innovation and creators here, we sat somewhat comfortable but that is not the current situation any longer as developing countries are developing their own technologies and are not dependent on the US to provide the specifications to build devices and create drugs.

The report states that the US will see erosion in all of these areas.  The FDA is also mentioned in the report as well as western Europe with their regulatory process.  Companies are finding approval easier at times in countries such as China, India and Brazil.  China currently represents the second largest venture capital pool in the world with Brazil being 3rd and for right now the US still holds the number one spot.  If you happened to catch any of the news about the JP Morgan Healthcare convention last week, China “was hot” according to articles in the news for investments.

On the other hand, other countries have a tendency to trust products and devices cleared by the US FDA though. Sometimes too we get distracted and go off in some very disrupted directions, such as the value of Facebook algorithms, which is ok and we can live with or without Facebook but we can’t live without drugs, new surgical techniques and medical devices, the tangibles.  When I look at all the money in the news about an IPO on their algorithms being orchestrated by Goldman Sachs,  I shake my head at times and wonder when folks will come back online to realize “what is really important” today and look at Goldman as pursuing a “supply and demand media frenzy’ to create a somewhat disruptive and deceptive market here.

Think about this and what has been in the news and tell me that Facebook and their value is really that important compared to other items that need to be addressed!  Can you as an individual take or leave Facebook?  Just something to ponder and hopefully think about priorities.

One thing to keep in mind is the fact that banks are there to many money, whether they invest here or elsewhere, they will follow the dollars and thus we have 2 different economies working and the 2 don’t seem to get along and nobody wants to take responsibility or work on changing methodologies to bring the 2 together again.  If you want to take a look at the partner philosophy of Goldman Sachs, click on the image below and to go the report on the New York Times to view and see how bonuses and compensation are going to be around 17 billion for the year 2010.  You never know who’s a partner and who’s not a partner, makes things tough for the SEC to audit, let alone invest in technology that can do so. 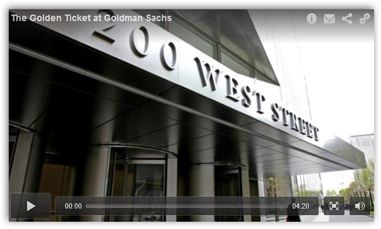 We have technologies running so advanced and so fast that the government doesn’t even have a way to keep track and audit and those methodologies are coming to healthcare too, just look at all the private equity investments over the last few months and think about where you might be directing your attention as you waste the time of day away playing games on Facebook or some other site.

All this combined is unfortunately setting the stage for some pretty ugly outcomes in the US economy and lawmakers as well as us should be in touch and come out of the 70s mentality.

The innovative edge that brought the U.S. medical technology industry to global dominance may be slipping, according to a study that consulting firm PwC is releasing.

In the next decade, the report predicts that China, India and Brazil will experience the strongest gains in developing next-generation lifesaving products, as capital, jobs and research gravitate toward these growing markets.

"The key finding is that the U.S. is declining when compared with other countries across the globe," said Tracy Lefteroff, a Global Managing Partner of PwC's venture capital practice. "And we're in real jeopardy of losing our lead."