with the trials being suspended for a a short period of time.  in July of 2010 the clinical trial was able to resume.  The funding in California is through the California Institute of Regenerative Medicine.  The link below has a great video that talks about the technology and how it was started.

.Also out of Stanford this week was a report about medical records and the clinical decision processes and the study stated that when relating the 2, there was no association between better outcomes and electronic medical records.  I found it interesting as decision making processes improve; however this goes back to a point that I have made many times, how available and complicated are the resources to use and access and how much time is allowed by the doctor or the condition of the patient (urgent) as well.  Now this study goes back to the years 2005 and 2007 so I think a new study might improve things here too.

Here’s a related story about an individual who was treated with stem cells in San Diego and is now walking again.

There is a new device that is now FDA approved for individuals to walk who still have use of their arms and upper body but the stem cell treatment would certainly be a desired cure by comparison.

The video shows a football player who is paralyzed.  Some of the units in the body are disconnected with injury and the stem cell growth can come in and help re-unite.  I hope to see great results on this trial as it stands to give quality of life back to so many.  BD 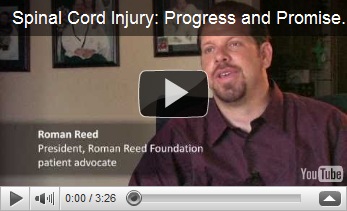 The first clinical trial of cells derived from human embryonic stem cells began in October 2010 in a paralyzed patient at the Shepherd Center in Atlanta. Today, Stanford University School of Medicine and Santa Clara Valley Medical Center became the third site to participate in the trial, which will enroll up to 10 patients with spinal cord injuries at up to seven institutions nationwide.

The FDA-approved, phase-1 trial is meant to test only the safety of the cells, which can develop into neural support cells called 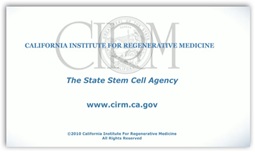 oligodendrocytes found in the brain and central nervous system. If the investigational treatment is shown to be safe for use in humans, larger clinical trials will be designed to test whether the cells are better able than conventional treatments to improve a patient’s condition.

During the procedure, the neurosurgeon will apply about 2 million of the special cells (called GRNOPC1) directly into the injured area of the enrolled patient’s spinal cord. Following the surgery at Santa Clara Valley Medical Center, the patient will enter an intensive inpatient rehabilitation program under the supervision of specialists in spinal cord injury medicine. Researchers will then monitor the patient to confirm that the cells are safe for use in humans.

Although the primary endpoint of this phase-1 trial is simply to assess the safety of the protocol, animal studies suggest that the oligodendrocyte precursors will migrate throughout the site of damage and mature into myelin-producing cells to re-insulate the affected neurons.