either an IPad or an Iphone and it makes for some interesting conversation for sure.  Like the author of the original article says below, it sure beats several rounds of Angry Birds.

There are a couple of videos that show how it works with an Ipad from a trade show convention and the other is from the website.  The music can also control the music, so I guess you have a choice of auto pilot or touch control <grin>.   The videos are “g” or “pg” rated so just thought I would make mention since I don’t post any of the other type anyway, but someone who has not read here before may not know that.

Now we know the real reason why there has been such a run on Ipads. 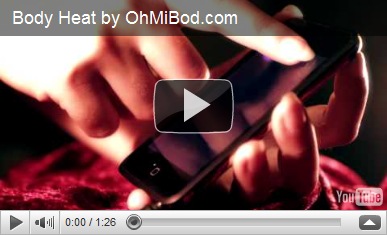 Here’s the video from the convention. 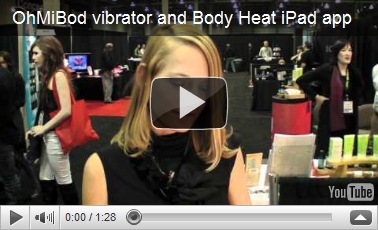 And now for the second news item, Reuters says it’s a rare condition but some men are allergic to their own semen.  This is bummer I think.  Studies have been released in the Netherlands  in the Journal of Sexual medicine that men with POIS may have this so called allergy.  The syndrome treatment is called hyposensitization therapy.   Many who have this affliction the study says are ashamed and afraid to approach a doctor and discuss the matter. To find the allergy several men went through a standard skin prick allergy test with their own semen to see if they had a reaction and 88% came up positive.

I wonder what happens if a man’s partner is allergic too?

Hmmm, maybe that’s another story for another time.

Getting back to the treatment, the allergists give the patients small injections just like allergy shots for a period of years until they build up a resistance and the reaction goes away.  I 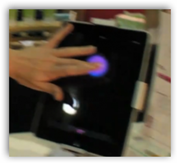 wonder what CPT code goes in here on the contents of the injection, if you have billed medical claims for an allergist who does these regularly, you know what I’m talking about, but one thing though the price is right or at least it should be.

Now if allergic situation 2 is a big issue then I guess we go back to the first topic here and start over <grin>.

Lift your finger off, and it keeps the current levels going - and if you use two finger multitouch, you can create more complex patterns that oscillate between points on the grid.

Shaking the phone vigorously will stop the device completely - I'm not sure that was the wisest choice.