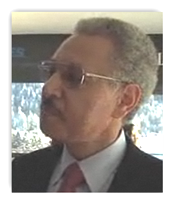 attending the World Economic Forum, as you can see Humana was a guest post addition on their blog and added his input a couple days ago.

He stated that Aetna is committed to complying with the law with health insurance.  He’s asked about his standing on the new laws that will “require” people to buy insurance and kind of dodged the question to a degree.  He talks about a subsidized pool to potentially cover all.  When asked about creating jobs, he said they are reducing head count at Aetna.

Mr. Williams back in October of 2010 has announced his retirement from Aetna as the CEO effective in April of 2011.  BD

In an interview at Davos with WSJ's Alan Murray, Aetna chairman Ron Williams discusses head-count reductions in his company, given the pressures of U.S. health-care reform, and possible alternatives to mandatory coverage.