I won’t miss these commercials so I suppose there’s more room for Viagra and Cialis spots for sale on the networks.  One of the reasons for stopping the commercials is 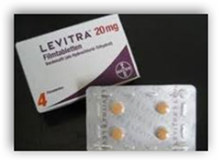 an attempt from Glaxo to clean up their public image, as their president states.  Recently Glaxo has has their world of problems to include both the segment on the Puerto Rico factory and last but not least Avandia which has been pretty much all but removed from the market worldwide and restricted by the FDA here in the US.

Besides the image portion they stand to save some money too and with the large $3 billion dollar legal fees coming up for payment, the savings here might be in line with getting the money together to pay up.  BD

Deirdre Connelly, president of Glaxo's North American pharmaceuticals unit, said the company has stepped up its commitment to operate with integrity, to be more respectful of patients and more transparent in how it conducts business. She cited Glaxo's recent elimination of individual sales targets from the bonus criteria for sales representatives, a move aimed at reassuring doctors that Glaxo reps aren't primarily focused on pushing pills.