Home » My Commentaries » Other Items of Interest » Technology » Joe Biden Talks About His Use of the iPad-Who Did Not Snooze During the State of the Union, But Found a Video of Some Who Did

Joe Biden Talks About His Use of the iPad-Who Did Not Snooze During the State of the Union, But Found a Video of Some Who Did

much technology and Joe Biden has jumped in there with the Ipad and he uses it to download his speeches and his major use is all the access to the major news outlets.  He has all the major and local papers loaded that he reads.  He states he’s on his Ipad 6 to 7 times a day.

He’s not a game person with his Ipad, even though he loves to play Solitaire on his computer at home but felt it would be too much of a distraction to have it on the Ipad.  He says he can’t spell and that’s why we have dictating machines and he likes Twitter and he says the fact that you don’t know how to spell makes no difference there and I can attest to that fact too.

You can watch the whole series of short interviews at the Yahoo website. 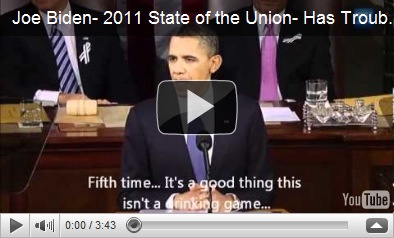 a Supreme Court Justice.  It makes me wonder when you think this is a news broadcast across the world, can’t folks stay awake for 90 minutes without snoozing? 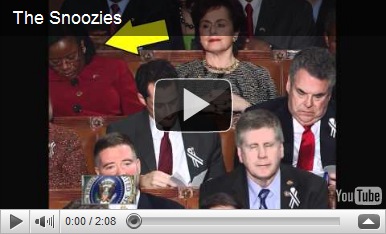 Sleeping during State of the Union

What game does Vice President Joe Biden play on his iPad?