This is one of the favorite topics here at the Medical Quack if you read here often enough with decisions made and the unintended consequences and more so importantly the cost that nobody can or wants to afford.  Of course this is complicated so when one makes a ruling today, I think it’s a good idea to have some “Judicial Business Intelligence” incorporated somewhere along this line.  You can make all the interpretations you want, but how do you put things into effect without a meltdown?  A meltdown is what can and will happen as every law to day needs an IT system to enforce and make it work.  The insurers have to be loving this dog and pony show as they have their formulas and algorithms to work with what ever means of business intelligence they need to shift and keep the profits coming in. 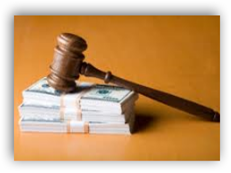 We still have so many living in the dark ages of technology but more importantly when such a decision is made, all I can say is “be ready” as the technology side and cost will be right there staring everyone in the face. Here’s a link to the actual document if you want to check it out.

In addition, the Wall Street Journal also put out a video on the topic with a bit of discussion and some details.  Again, you can make rulings but how this all plays out depends on the ability of IT systems to carry out such decisions.

Perhaps some of the Judges already have some Algo Men advising them, I don’t know but from what is in the news it doesn’t appear to be that way.  Besides we really do need digital laws to make this process easier to work with as old paper methodologies are making it worse for everyone, even the non participants too.  Actually I did say back in December that some Judicial Ago Men would be helpful and again we need to find out too where there are any potential conflicts of interest as many who own stock don’t get the fact that the companies in which they invest in today don’t operate the same as they did years ago, and thus due to this change in the way business is done, today there could be conflicts where it didn’t exist just a couple years ago.  Some Algo Men can help advise there too with some simple “subsidiary watch” observations and this is yet another area where many find difficulties getting their heads wrapped around.

Health insurance is not like car insurance in the fact that we can chose to own a car and with health we all have body like it or not that is full of issues today as technology is zeroed in so well now with genomics and other healthcare studies that you can’t help but avoid being diagnosed with something today.  I have not seen anyone who has been able to function yet without a body, but I do know and see people who function quite well without a car <grin>.   The President though hired an Algo Man to be chief of staff a few weeks ago.

Here’s a good book to read about mathematical formulas and those algorithms that might help explain some of this.

When this all washes out we will see how much study and knowledge of current systems that run laws was maybe rolled into this decision.  If insurers were “non profits” we may not be having this battle today and if a “public” option would have been created the same deal, as it’s hard to force individuals to purchase insurance from companies on the stock exchange with little or no regulation available or action taken from the SEC as they are still working to get their IT Shop set up in order to make a few strides in this direction.  It is what it is. In the meantime, those same types of methodologies and algorithms used for High Frequency Trading are making their way into the processing and handling of medical claims and we are all losing our human liquidity sad to say.  I have had quite a few readers write in and tell me that this helped them understand a bit more about what happens behind the scenes that

they were not aware of.  BD

A Florida federal judge on Monday ruled that a key plank of the health overhaul passed last March violates the Constitution, in a decision that could threaten the Obama administration's ability to implement the law. Janet Adamy has details.