This is a a good thing actually and good that this is in place.  Most data systems have features as such to keep data from corrupting.  When we are working at such fast paces today, stuff happens and sometimes even with the best of audit trails 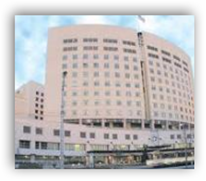 we may never get to the exact root and I have seen power outages fry data if the surge protectors were either not working or were not in place.  Epic is used by many major hospital systems across the US.

This can happen to any system at any time as the system turns into a “read only” function with information still available to read but no editing until the problem is fixed.   Monitoring system were not affected, just the data portion and the hospital is looking for additional back up alternatives too such as other geographic areas and in time perhaps a cloud operation could serve as being functional as well.  BD

The system, made by Epic Systems, a Wisconsin-based electronic medical-records vendor, turned itself off because it noticed an error in the add-on software, Newell said, and Swedish was forced to go to its highest level of backup operation. That allowed medical providers to see patient records but not to add or change information, such as medication orders.

The outage affected all of Swedish's campuses, including First Hill, Cherry Hill, Ballard and its Issaquah emergency facility, as well as Swedish's clinics and affiliated groups such as the Polyclinic.

During the outage, new information was put on paper records and transferred into patient records in the Epic system after the system went back up in the afternoon.

Newell said the shutdown likely affected about 600 providers, 2,500 staffers and perhaps up to 2,000 patients, but no safety problems were reported. Staff members were notified of the shutdown via error messages, e-mails, intranet, a hospital overhead paging system and personal pagers.