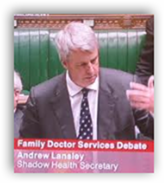 already offer additional options that we do not see in our drug store chains, such as dentistry services.  This plan would call for patients to go to their nearest Boots store medical center where nurses would administer the drugs.  This article also said that Boots is in secret talks about taking over part of the NHS’s ‘phlebotomy’ service.  One of the selling points here is that there won’t be the high exposure to infection, and that might be true initially, but as more consumers were treated that would change.

Boots said they feel they would be more profitable if the could dedicate one floor in their stores for medical services.  Later the idea came across that this decision should be up to the patient to decide whether or not they prefer a traditional visit or

want to have their chemo done at a retail location.  The Boots chain also states that with all their locations, access would be easier for patients.

Now are we going to see something along this line suggested in the US?  Is chemotherapy a treatment that just any nurse can administer?  There are different types and what happens in case of an emergency, allergic reaction?  It makes one wonder what next will be moved to the retail level and perhaps are some items as such just best left alone?

Cancer patients will receive chemotherapy at their local branch of Boots as part of a revolutionary shake-up of the NHS.

Hospital bosses have been in secret talks with the chemists’ chain about expanding its High Street operations to include walk-in treatment for cancer.

Last night Health Secretary Andrew Lansley said the aim was to deliver ‘a service tailored to an individual’s need’.

The extraordinary proposal comes just days after Mr Lansley caused a storm by announcing radical reforms which will lead to 24,000 NHS management staff being made redundant and GPs being given control of buying services from 2013.

A key, and controversial, part of the shake-up is to allow ‘any willing provider’ to treat patients ‘provided that they deliver high-quality standards of care’.

NHS reform: Cancer sufferers 'to be given chemotherapy at Boots branches' | Mail Online