Two men were cleaning the inside of a 4 foot tank that is used to hold blood plasma and were overcome by ethanol.  Ethanol is used to separate extract blood 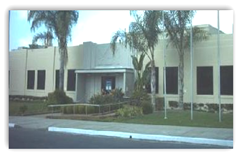 plasma.  The man who did called 911 when he found the other 2 men unconscious the fire department stated.  This is a case for an OSHA investigation for sure.

This is a pretty big tank if 2 men were lying inside it.  The fire department upon arrival recognized the fume danger and took appropriate action so they were not exposed.  The facility is the world’s largest and most advanced plasma fractionation plant and has been open for over 50 years.  BD

A man died Friday after being overcome by fumes while trying to help two co-workers who lost consciousness inside a tank they were cleaning at a pharmaceutical plant north of Atwater Village, authorities said.

When firefighters arrived at the Baxter Healthcare Corp. facility at 4501 W. Colorado Blvd. about 4 a.m., one of the men had no heart rate and was not breathing, but paramedics were able to restore his pulse, said Erik Scott of the Los Angeles Fire Department.

All three were taken to hospitals, where one of the men died. His name was withheld pending notification of relatives.

The men had been cleaning the inside of a 4-foot-tall cylindrical tank with a 5-foot diameter, said the LAFD's Brian Humphrey. The tank has a 24-inch diameter opening at the top, through which workers enter to clean it.