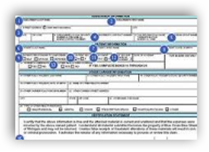 Basically he says nobody has been there and it all comes back to technology and those algorithms.  It has not stopped either as the “quest’ for additional business intelligence algorithms continues.  The link below will add a few more items to think about.

Flat out it is technological war fare and the prior administration of this country sat there in denial as non participants and we still today have a Congress full of those folks, duh?  Back 2 years ago when the technology was updated at the White House there were still computers using Windows 98 and even the FDA in 2008 had some of their chief investigators writing up studies in longhand.  This is a dual issue with both non participants and those who sit in denial.

I keep pitching this book and it’s a good one to tune you in and perhaps turn you into a technology participant at some point in time, hopefully sooner than later.  It’s all about those algorithms for profit.

If this has not woke you up, then one more post from the Quack to read is about how the same methodologies and algorithmic processes are working their way right down the line into healthcare.  You can complain all you want but until either

new code is written to alter the processes that run 24/7 on the servers that process data and information, nothing happens as every law and rule today has an algorithmic process to back it up, banks, healthcare, everywhere so drift out of the 70s if you can.  It’s not a pretty picture.

While Congress sits around and uses 3 ring binders and paper methodologies the server and processes keep running and those in banking absolutely have to just love making money from the ignorance of US citizens with lack or little tech literacy on how everything works today.  BD

Author and finance guru Gordon Murray says "all the checks and balances failed."