Tech Talk:  With all this speed, the line and balance between investors and speculators is becoming increasingly volatile and unpredictable.This article suggests setting up a 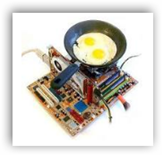 simulated “Wall Street” trading market to understand more fully how it works and how the posting falls into place.  I can’t believe there are not even audit trails for the SEC to review and nobody knows for sure without an ability to track back. There's been many gamers who have fried their PCs with over clocking their processors in the name of the “need for speed”.

It's very much algorithmic warfare, with no real thought given to collateral damage.

This kind of concerns me as we have some of the same types of technologies moving into the processing of medical claims.  In this article a version of software is listed called “Dow Jones Lexicon” that mines financial text in the news stories on the web and maps keywords to market conditions…ok mine medical claim information against what is being processed in a medical claim…the technology.

This type of software is evolving and and when you add it to the trade intelligence on the market and in medical claims, the whole picture can change.  If you think you don’t understand EOBs and claim 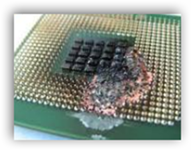 denials today, wait until they kick this in and find every drop of information about you on the web.  This could include public records, Facebook and anything out there.  Obviously a medical claim is not going to really need the speed of a stock transaction, but again it drips down to the data world in other industries and health insurance companies live off the algorithms.

When you have a newborn baby denied coverage due to pre-existing conditions, it’s the algorithm and then finding someone who can do the data entry to fix it is even becoming more challenging.  I don’t know how they set the parameters but there could be only so many additional dollar amounts allowed a day or a week or whatever time frame is designated.  To play an algorithmic game as such, it may be denied one day and then when the new cycle begins it goes through  This is just me speaking out loud and speculating.

Again I’m reading this information on the web like everyone else but if you kind of know how memory disambiguation on the processor works and about the cores and amount of data that can run through multi cores, it’s mind boggling.  Back when we had the flash crash, it just seemed to me that there was something stopping the data from posting and algorithms to run as sent through. 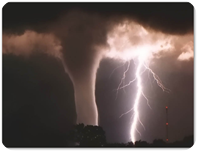 Occasionally servers corrupt an go down and last week it happened at a hospital and it took 4 hours to reset and get the systems back up. From what I read here there was something that didn’t post properly and the data base became a “read only” to where information could be viewed but no edits allowed.  I have had this happen on a small scale basis with data and until you pull a back up the data stays that way.

Servers have fail overs that do this quickly and they mirror many copies in real time while running so to switch, is quick as long as the data on the other back up didn’t catch the glitch and corrupt too.  That happens too sometimes.  So back to the point here we have an SEC that better get some serious ALGO MEN on hand and get in to the 20th century here if their regulation methodologies are going to be effective.  Never mind the circuit breaker on the stock price look at the speed or someone will be spilling liquid nitrogen on these things to cool them down and good luck with recouping any data if it comes to that <grin>.  BD

The code too is designed for maximum speed, being constantly tweaked to squeeze the last ounce of performance from the underlying computer chips. Appro recently launched a server based on overclocked Intel "Westmere" CPUs, to give high frequency traders that extra speed boost. But all that digitally enhanced speed means it's that much harder for humans to control.

It should come as no surprise that occasionally such a system would run the financial markets into a ditch. That happened last May, with the so-called flash crash, when the Dow Jones Industrial Average plummeted 900 points in a matter of minutes -- before regaining most of its value. The cause was traced to a relatively obscure mutual fund company that decided to make a very large trade in a very short amount of time (about 20 minutes). The algorithms monitoring the market interpreted this as a panic and came to the same decision all at once: sell. The reason the mutual fund company decided to dump the shares in the first place was to hedge against the possibility of a future stock market drop. Talk about self-fulfilling prophesies.

In the wake of the flash crash, the Securities and Exchange Commission (SEC) announced some measures intended to prevent a reoccurrence. These include "circuit breakers" procedures, such as automatically halting trading when a stocks share price fluctuates by more than 10 percent in 5 minutes. The SEC is also considering other measures like limiting the size and speed of trades and requiring a complete audit trail of all transactions.

Meanwhile, other algorithms are simultaneously monitoring the activity to discern the larger patterns that the other codes are trying to hide. In some cases, even more devious codes will purposely initiate transactions with no intention of executing them in order to confuse their rival software. It's very much algorithmic warfare, with no real thought given to collateral damage.