Programmers (those who write the algorithms) are finding out that there’s more money on the trading side of technology with writing code over here and the article from the Wall Street Journal says once they are there, the employees rarely leave.

Employees are writing code that leads to the bottom line profitability of the high frequency and other brokering firms and get to see their stuff go live pretty quickly as well too as a proof of concept is deemed to be profitable.  The companies intend to pay higher that the Googles and the Facebooks.  High frequency trading makes up over 50% of the trading volumes in US stocks today. 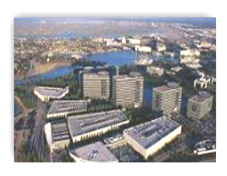 As formerly writing code, let me tell you there’s nothing like that feeling of seeing what you coded up there and performing, it’s a real geeky “high”.

Now how does this fit into healthcare?  Well some of the same algorithmic styles for profit are bleeding over.  Remember the top insurers ride the market too and have dividends to pay out; however, there’s one little issue they forget and that is the fact that decisions in healthcare are impacting human lives and we are not just a bunch of nuts and bolts created on someone’s assembly line.  This gets forgotten all the time when being focused on numbers and profitability.  Wendell Potter recently told us all about that with his days at Cigna and how one gets wrapped into the focus and process and how it distracts from real life out there.

One thing to remember about mathematical formulas, there are those that produce accurate results and those that produce desired results and the 2 are not always the same unfortunately with some primarily built for financial gain and deception gets in there too.  It also amazing that our Congress is so slow to catch the modern day concepts too, but with being non participants in technology and living paradigms from the 70s, that happens.  Just because you see it on the screen doesn’t always mean that is is 100% accurate, but rather remember you are seeing what was coded to put there for you to see.

Anyway in summary, new graduates may be working on Wall Street soon with their code writing skills as long as the big carrots are dangled out there and again as this grows in motion, the same type of formulas will be rolled over more into healthcare as we already so a lot of it today and with a huge forgetfulness for the human side of all of this and our only revenge might lie in the fact that one of the executives may have to experience the changed world someday and see for themselves what they have created.

When people are hired on, they are given direction on what type of code is desired and needed, and nothing personal as they just want their pay check

for a job done, but the longstanding effects could roll for ever.  For those of you that don’t know or believe in the power of the algorithms, go buy this book and give it a read.

Flash crash in healthcare one day?  I think so, but can’t tell you exactly when and how but it’s building and when the load balancers get outdone by the speed of the algorithms, combined with processors on steroids in the severs, well…the story remains to be seen.  BD

Trading firms aren't used to losing, be it in the stock market or the job market.

View Raj Fernando, center, CEO of Chopper Trading, chats with staffers last week during a break from work in the firm's Chicago office.

A career in the trading industry can be a tough sell to the blue-jeaned, tech-savvy crop of graduates expecting to flock into Silicon Valley's start-ups and technology giants. Still, as technology becomes increasingly important to Wall Street, securing the computer programmers and software engineers who harness it best has become a priority.

So high-frequency trading and electronic market-making firms are stepping up their recruiting game, offering competitive salaries and sweetening their perks in an effort to lure the top talent.

"We have virtually no turnover," said Chopper Trading Chief Executive Raj Fernando. "They're well paid, they're well taken care of—we give them a reason not to go anywhere else."

Trading firms are even quietly persuading some technology specialists already employed in Silicon Valley to make the jump into finance. In 2010, Objective Paradigm helped its trading clients hire 30% more people than in the previous year who had been working at nonfinancial California companies, the company said.