Cuba allows about 20,000 people a year to immigrate to the US annually but not doctors usually.  Cuban doctors can get asylum from embassies anywhere in the 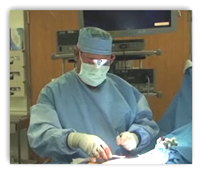 world.  The American CMPP program has turned into a big influx of doctors coming in to the US and most work as nurses and physician assistants here in the US as the government does not release the information from Cuba and it’s too complicated in the US to get certified.  The doctors go on missions all over the world and again by using any embassy they can defect.

The hospitals here in the US like it as having super qualified nurses and otherwise is a huge help.  The one doctor here featured took 9 months to get to the US and has no idea when he would ever see his family again.  He went to Spain first then arrived in the US.  BD