When you stop and think about it, all Facebook constitutes is bunch of servers that host images, emails and some applications (algorithms) and that’s about it.  Unless you buy a shirt, coffee cup, etc. with Facebook on it, it’s all

intangibles worth around $50 Billion.  I still have a hard time with that.  The value of the algorithms is the data and information that is made available, what everyone kind of uses to one degree or another to communicate and be social, but it’s all in a cloud and Goldman has determined since there’s such heavy use, demand and addiction to the site, there’s quite a few silver or golden linings.  This was part of the statement released by Goldman stating they could have issues in the US either with the SEC or other law agencies as this is kind of private IPO of sorts.

“Goldman Sachs concluded that the level of media attention might not be consistent with the proper completion of a U.S. private placement under U.S. law.”

To further substantiate the algorithms and their value to obtain and sort and provide data, it was also in the news today that Facebook has changed their privacy policy again to where developers can now contact users too, so check that out on your preferences.  One thing for sure with all these privacy changes is that users are going to get educated on what “preferences” are with software.  Farmville and other applications that reside on the servers will now give out contact information so be aware and keep street addresses and cell phone numbers you don’t want out there off your profile.

I have nothing against Facebook and use it occasionally to look up and find old friends, etc. and it does a good job with that and the email is a pain and I send everybody over to my normal email to keep in touch.  I have this nice toolbar in 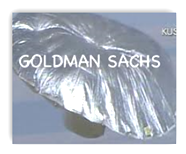 Outlook so I know when there’s something going on over there that may need attention.  This is pretty much genius work though to capture so many individuals and see such a high rate of addiction and in some areas, distraction.  I run my blog over there so followers on Facebook can keep updated too.  I see the games as the biggest waste of time there is, and that’s because I don’t have time for it and the funny money data exposure and how it loops people is amazing but not for me.

So in essence, Goldman is pretty smart as they built their bank on algorithms with projective business intelligence formulas and you would have to be under a rock today to miss the addiction factor here, so they see the big money in those algorithms on Facebook that connects everybody.  I liked the deal that Jimmy Kimmel did on his show to “unfriend’ all of those who were not really friends a couple months back too on his show.  Even the comedians see the high levels of addiction and how it distracts. 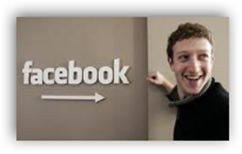 are a bit caught unaware of how quickly the technology has evolved,”

So perhaps the joke is on us since the US has more addicted to the algorithmic processes of the social end and the folks outside are going to get rich watching the rank and file being addicted and consumed to send the value up even higher.  We might be putting on a pretty good show here in the US and in the meantime US investors who don’t have interests outside of the states might be a little upset on not being able to get rich off the Facebook Algorithms.  A minimum investment of $2 million is required and shares have to be held until 2013.  When 2013 arrives it will be interesting to see too where things stand and if in fact the social algorithms are still of such high value as competition as it always does will appear on the scene.

doesn’t have the internal IT infrastructure to audit anyway and they go about doing business the way they want as we are up to our ears right now in a technological war with algorithms and formulas running almost all the decision making processes.   The link below is from a couple weeks ago where I discuss some of the very same methodologies uses with high frequency trading moving in to healthcare, so it’s worth a read to further more point out the power of the algorithms when it comes to money.  BD

1:43 p.m. | Updated Just over a week after Goldman Sachs offered its most prized clients a chance to invest in Facebook, the firm rescinded the opportunity from clients in the United States because of worries that the deal would run afoul of securities regulators.

The withdrawal of the offer — which valued Facebook at $50 billion — is a major embarrassment for Goldman, which had marketed the investment to its wealthiest clients, including corporate magnates and directors of the nation’s largest companies.