The reason for this is due to the “scare” factor that comes along with cancer and and critics on the other side say this is not a good idea to tie into emotions for a value.  What is used now is the “value of a statistical life” and at some point in 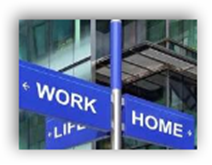 someone’s data, especially insurance carriers we are all nothing but numbers in the bean counter schemes at times.

What is interesting too when going back to the Bush administration, the folks who live in the 70s, is that they wanted to reduce the value for elderly people by 38% and of course that is in no way ethical, probably came from Cheney I might guess.  Anyway, our statistical value today is $7.9 million and until I read this article I didn’t know I had a “stat” value, or at least one that is used in algorithmic computations.  The question is up again to change this reporting to adjust the wording so they could figure out how much people would pay to reduce individual risk from death.

Well based on current insurance programs, we are pretty much stuck with what they tell us they will cover to avoid death and of course there’s a lot more to that story with everybody’s situation being different by all means, so that doesn’t quite fit into a data base.  So the EPA wants to add a 50% “cancer differential” to the calculations, so in other words do we get regular screenings, put radon monitors in our houses, etc. and if we do are we valued at 50% more?  As the article states we could always talk and never do anything too.

Personally, I think someone has a screw loose with this and money could be better spent in other areas and leave the stat values alone as stands, and I’m in there and don’t particularly like the idea that I am just another “stat” in the algorithms of the EPA either.  This is just another tricky way to eventually substantiate certain compensations and budget cuts that will catch up in time and there’s a lot of bad will that will ride with it.  BD

WASHINGTON (AP) — Bureaucrats are struggling with an age-old question: What is the value of our lives?

The government uses dollar amounts for lives when trying to weigh the costs and benefits of regulating such things as pollution, but it has proven politically and emotionally charged.

Now, the Environmental Protection Agency wants to stop putting a price tag on American lives and use different terminology, but that's not as easy as it sounds.

The agency's first try for a replacement — a wonky "value of mortality risk" — was shot down as not quite right by its science advisory board Thursday.

The Associated Press: After cutting value of life, EPA ditching the term