As stated in the title here, profits continue to rise on fewer members and this is nothing new as it has been happening all over with insurance carriers making record profits, helped along with their analytical algorithms to score and perhaps

cherry pick who they want to cover.  Like other carriers too they are investing in software (more algorithms) to try to predict and change member behaviors to be healthier and perhaps at the same time get more data to analyze.

They also have this company they contract with called Jellyvision with once again a we are seeing, looking for new interactive game like marketing to drive participation.

“Jellyvision is best known for its best-selling interactive entertainment properties such as YOU DON’T KNOW JACK and the Who Wants To Be A Millionaire CD-ROM, so maybe the sequels here might be “who wants to get a health care claim paid” or “You don’t Know Aetna”.    They could always opt to make the plans simpler but that would be too easy I guess to just take care of patient health issues.”

Aetna is also facing the large class action lawsuit in New Jersey related to the “balance due” billing, by using the Ingenix (the subsidiary of United Healthcare data company).  Below is a post from 2009.

Aetna has their own PBM which from what I read here, part of it will be combined with sending 800 Aetna employees over to Caremark, and Aetna will keep 1000 of their own.  The overall end result appears to be cost effective with having less employees on the Aetna payroll and using more 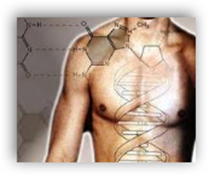 technology services from Caremark.  With Caremark incorporating 13 drugs into their recently announced “genetic benefit” service, the brings a lab connection into the picture too with selected genetic tests available.  This might be accounting for some of the lay offs and changes too with CVS.

CVS Caremark will manage purchasing, inventory management and prescription fulfillment for Aetna's mail-order and specialty pharmacy operations.  The company is making higher profits with bringing in less revenue and perhaps those premium updates enter into the picture here?  No doubt they are using their algorithmic formulas to generate greater profits.  Just like everyone else though, they have issues with their mathematics and formulas like the post below indicates, as when you have data flying and running through auditing processes, it’s not a perfect world as this consumer found out.  Algorithms though are a good thing too though as it helps researchers find cures too.

She was finally reinstated after one huge effort here and then it gets better, she found another alternative insurance plan through an association that was cheaper at half the amount, only problem, it is offered by Aetna, same company different marketing arm as Aetna has a focus with employer and large group plans.  BD

Hartford-base Aetna (NYSE: AET) has laid off 10 employees in its Southfield office and about 200 companywide because of declining membership.

Earlier this year, Aetna began phasing out its small business group health insurance market in Michigan. It stopped writing small group policies and will not renew policies after Feb. 1. The decision affects companies with two to 50 employees.

Aetna has about 300,000 customers in Michigan and about 18.5 million members nationally.

“We expect a decline of 550,000 to 600,000 in the first quarter of next year due to ongoing uncertainty over the economy and overall employment levels,” Laberge said in a statement.

Despite the membership drops, Aetna announced on Nov. 3 that in the third quarter ended Sept. 30 net income rose to $507.5 million compared with $356.5 million for the same period in 2009.

However, third quarter revenue dropped to $7.8 billion from $8.0 billion in the same quarter of 2009.