This was a study based on Microsoft products but you can read at the end they felt it would be applicable with products outside of theirs as well.  Well heck we know that already as we have read how back at Harvard Medical how much they are saving on utility bills, so this is not the one and only report of cloud services saving energy consumption.  This is exactly why I speak up all the time on this as we have the world of “non participants” making laws and it scares me.  A few were all upset 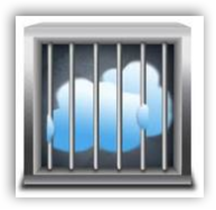 over Google streets accessing their home wireless networks too, well if a password were used, LIKE THE REST OF US DO, no problem.

the “non participants” that rely on staff to do everything for them without any first hand learning?  This is all consumer stuff and standard business practices. This gets me too as we see stuff like this in the news with needing a Health Literacy program in place, where’s the role models?  Image is everything today and I can’t find one image on the web with Joe Biden (and I do like him) with at lease a cell phone in his hand or sitting down at a computer and thus so I would like to see him update his image on the Internet as we would all benefit.

removing personal information from a pdf file, so they all show as the authors, AIG, Pfizer and more.  I do that procedure all the time when I create a pdf for a client, very standard today in business, and big DUH!

Why do we have to talk in circles and can’t talk about what items really in technology as everyone would benefit from the learning experience.

The Properties of an Adobe pdf Document -Rachel Maddow

The government though is not full of luddites though as if you read the link below there’s some exciting stuff going on and if they are head more often, even the better but we usually get the soap opera entertainment crap instead.

In Coders We Trust: Laurel Ruma Describes Gov 2.0 As A Platform–Become an “Algo Man”

So perhaps on the next session maybe an enlightenment on Cloud services could be in order to get these folks educated?  They make laws so they need this knowledge and need to know the difference between public and private clouds too, you know kind of like putting a password on your home network.  BD

A Microsoft study bears out what environmentally-conscious companies have hoped for all along: cloud computing has the potential to reduce energy consumption and carbon emissions by 30 percent or more.

Large data centers, like those run by tech giants Microsoft and Google, benefit from economies of scale and operational efficiencies, according to the study. Small businesses, of about 100 users, moving business applications away from on-site servers into the cloud can see net energy and carbon savings of more than 90 percent, the researchers wrote. For mid-sized organizations, of about 1,000 users, the savings were between 60 to 90 percent, according to the Microsoft-commissioned study.

Companies are generally considering the move to cloud computing to reduce costs and increase business flexibility. Along with hoped for reductions in the electric bill, companies are interested in minimizing the number of physical infrastructure, such as servers and switches, needed. Companies can also outsource some of the performance and management tasks.