Hey I have a grand idea here, let’s rate them <grin>, a bad on my part here but with

recently writing about all the errors and mistakes on doctor rating sites, could not help myself to give the MDS a little boost if you will.  Back in February of 2010 I made this post about the FDA regulating health IT and it still stands as a good argument as this is new territory to an already over burdened agency and there’s a learning curve.  You can ask any doctor about EHR learning curves.

They do have to approve wireless devices that add data to EHR and PHR systems too so they are getting their feet wet at the FDA.  This article also states that the website will have links to report issues from various participating vendor EHR sites as well so perhaps you will have to go no further than the company website.  The FDA is also short like HHS is on IT infrastructure just due to the fact that this was the way the prior administration did everything for years, and just like HHS, the FDA has to give contracts to insurance companies too.  I don’t know where we can ever really find the teeth to really fight these folks on premiums, etc. as they are also making millions from the government with running many areas of Medicare and Medicaid, government is doing all of it by any means, they don’t have it yet, but are working to try to build a system. 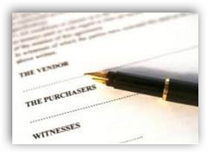 You cannot be anonymous though and need to let them know who you are.  It will be interesting to see how many bite and actually report safety issues, if the busy doctors already buried with health insurance paperwork can squeeze in the time, just being a realists here.  The one line here that I think is backwards in this article is the information flowing to the FDA to help them educate providers?  I think that is the other way around as I don’t think the FDA is up to prime time yet on advising doctors on EHR safety issues, but it can certainly work the other way around.  BD

the implementation and use of EHRs was launched Monday by not-for-profit iHealth Alliance.

EHRevent.org uses a standardized online format that will collect reports from physicians and other healthcare providers who use EHRs and create reports that medical societies, professional liability carriers and government agencies, such as the U.S. Food and Drug Administration (FDA), will use to help educate providers on the potential challenges that EHR systems may bring.

The system will be available directly via the Internet and also integrated into the websites of participating liability carriers, medical societies, PDR Network and other partners, including EHR system vendors.

EHRevent is also working directly with EHR vendors as well as Regional Extension Centers (RECs), which are federally designated groups that assist physicians with EHR selection and adoption.