This is the first in Michigan of a case of a nonprofit medical center moving to a for profit status.  The purchase will make Vanguard the 5th largest investor owned 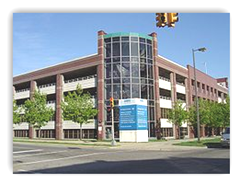 hospital and healthcare firm.  The company has 18 hospitals and surgery centers as well as health plans in Texas, Illinois, Arizona, Massachusetts and California.  This is another big move for private equity as Blackstone, the PE firm, owns 66% of Vanguard stock.

A few years ago Vanguard sold some of their hospitals to Prime Healthcare here in Orange County.  La Palma and Huntington Beach hospitals were two of the medical centers sold.  Since selling to Prime, who will not negotiate with insurance companies for contracts, the hospitals are not like they used to be, not busy

at all with inpatients, but rather run Cadillac ER rooms, as that’s where the money is at with billing customary charges.  Vanguard typically buys bankrupt or near-bankrupt facilities, then invests in capital improvements to help upgrade service.

There are some regulations set in place but I guess like many other deals today time will tell if they in fact are held accountable.  The Medical Center was at the point of needing money, same old story there and private equity firms are right in there for the buying.  If you have not heard of Blackstone, they are a very large private equity firm.

As a side note here, how big is private equity becoming in healthcare?  It appears they have use for non profits they create to discuss how to profit.

Its members' approximately 500 healthcare portfolio companies have more than $200 billion of combined revenue and more than 750,000 employees.  BD

The sale of the Detroit Medical Center to a for-profit Nashville, Tenn., firm is fair, protects community commitments and saves an institution with an uncertain future, Michigan's attorney general has concluded.

In an exhaustive report released Saturday, Mike Cox gave the green light for the sale, saying without Vanguard Health Systems or some other company, the DMC would be forced to close facilities, sell some of its major assets or discontinue significant services. His approval is a mandatory step in the process.

The deal would bring $1.5 billion in improvements and financial help to the medical center, the single largest private investment in Detroit history, according to the DMC and Vanguard.

Vanguard also must share information with the board about its charitable activities, education and research projects and supplier diversity commitments. Members of the board, now known as Legacy DMC, also will be among the 11 people on a board established to oversee health system operations.

The attorney general's approval clears the way for what could be Michigan's first major conversion of a nonprofit to a for-profit hospital system, a trend growing around the country as struggling hospitals look for help staying afloat and keeping up with more successful hospital systems, typically those in the suburbs.