What novel idea and wonder why we haven’t tried something like that here in the US <grin>.  China is set to be the second largest world consumer of pharmaceuticals in the upcoming years.  The reductions in pricing are stated to be between 19 and 25 percent.  40% of healthcare in China is currently spent on drugs.  BD 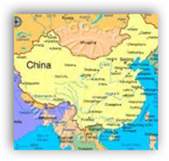 Nov. 30 (Bloomberg) -- China is slashing the price of drugs made by Roche Holdings AG and Bristol-Myers Squibb Co. by about a third, part of government efforts to rein in health-care costs and cool the fastest inflation in two years.

The National Development and Reform Commission highlighted Roche’s antibiotic Rocephin and Bristol-Myers’ heart pill Capoten in announcing new maximum retail prices for 174 medications from more than 60 companies. Prices will be cut by an average of 19 percent on Dec. 12. Health-care stocks in China fell after the announcement, dragging down the CSI 300 Index.

The cuts also apply to medicines made by Pfizer Inc., Merck & Co., Eli Lilly & Co., Novartis AG, Takeda Pharmaceutical Co., Astellas Pharma Inc. and Daiichi Sankyo Co. The reductions will result in savings for the public of almost 2 billion yuan ($300 million) a year, the agency said. It has ordered reductions on prices of selected medications more than 20 times in a decade, based on a 2007 statement from an official at the commission.

To access the broadest market in China, foreign drugmakers must list their products on the country’s National Reimbursement Drug List, which subjects them to price reductions, the research company said. The drug list proposes to cap the sales margin on brand-name drugs at 23 percent, Datamonitor said.