As of yesterday I believe we have one more 30 day extension and that will last only until the end of the year.  It is too bad that Medicare doesn’t operate as 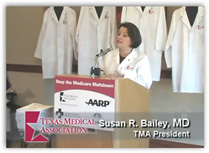 inexpensively and efficient as Social Security as far as the tax payer dollars are concerned.  Well I guess we are looking at everything else today in healthcare that is outsourced there are issues.  First of all did you know that most Medicare contractors are or are owned by a subsidiary of Health Insurance company?  Everybody knows about Part D, but these folks do all the IT work for regular Medicare so where’s the line where insurance starts and government leaves off? 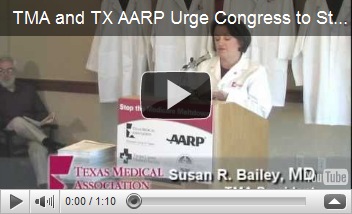 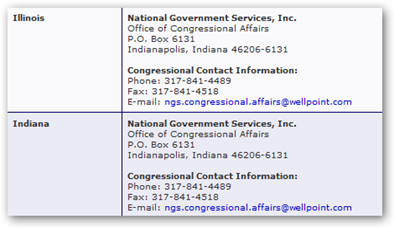 We do need a permanent fix and I have been doing this blog for over 3 years and have many posts on this topic, like every time it comes up for a fix.  You look at some of the contracts that are given and one has to scratch their head.  There’s a lot of money made off of Medicare by Health insurance companies too.  The AMA has their campaign going as well.  Six months ago the Senate almost voted the extension down, well they did but then came back to the table for the last 6 month extension.

figure out where the insurance carriers leave off and where government IT structures begin, it’s confusing with things one could say were conflicts of interest so to get a real single pay system, I don’t know how it would be done other than to pull a “Roosevelt” and take it over, anyone else have any ideas?

Here’s the press release from the TMA and AAPR below and don’t forget this includes Tri-Care too. I may not be at the age yet, but I have a mother and I’m sure most of us have family and friends who would be impacted.

In the news today, the standard CMS recommendation was sent as until the law is changed, they do that every time and it’s amazing how many today on Twitter were shocked by this, it’s the procedure and the algorithms put in place which occur unless the law is changed and the program is permanently funded.  We are living with a mistake made over 10 years ago with a bad plan and it needs a permanent fix.  BD

Texas Medical Association (TMA) physicians, AARP representatives, and more than 30 patients gathered at the Trinity Terrace Retirement Community in Fort Worth, Texas, and called on Congress to fix the crisis.

Texas patients picked up their phones and asked their U.S. senators and representatives to stop a 23-percent cut to their physicians’ Medicare payments scheduled to go into effect Dec. 1 [video]. The cut grows even larger after the New Year.

“I can’t believe we are here again, for the fifth time this year, asking Congress to stop another drastic cut to physician payments,” said TMA President Susan Rudd Bailey, MD.

“We need to fix the flawed physician payment system,” said AARP Texas State President Ollie Besteiro, “so seniors can have the peace of mind that comes from knowing they have a doctor they can count on. It’s time for Congress to stop pointing fingers and work across the aisle to find a common-sense solution that won’t drive doctors out of Medicare.”

“Each time Congress plays this game of chicken, the cut to physicians grows deeper, and fear among our patients and physicians increases,” added Dr. Bailey. “Patients fear losing their physicians. Doctors worry about how they can keep their doors open and continue to see Medicare patients. It’s a heart-wrenching situation all around.”

As a result of the constant uncertainty and fear of a drastic pay cut, more physicians are not accepting NEW Medicare and TRICARE patients. Many physicians have had to lay off staff, and defer investment in new medical equipment, health information technology, and other innovations that improve patient care and save lives.

Medicare patients from Fort Worth and Dallas also shared their fears about the Medicare Meltdown at today’s telephone rally.

“That’s why this ongoing problem with Medicare is so downright frustrating and fatiguing,” said Dr. Bailey. “Our patients deserve better. They deserve a health care system they can rely on when they get sick.”

TMA physicians and AARP Medicare patients are asking patients across Texas to call Congress at (202) 224-3121, urging them to act now to stop the cut [video].

TMA is the largest state medical society in the nation, representing nearly 45,000 physician and medical student members. It is located in Austin and has 120 component county medical societies around the state. TMA’s key objective since 1853 is to improve the health of all Texans.

AARP is a nonprofit, nonpartisan social welfare organization with a membership that helps people 50+ have independence, choice, and control in ways that are beneficial and affordable to them and society as a whole. AARP does not endorse candidates for public office or make contributions to either political campaigns or candidates. We produce AARP The Magazine, the definitive voice for 50+ Americans and the world’s largest-circulation magazine with over 35.1 million readers; AARP Bulletin, the go-to news source for AARP’s millions of members and Americans 50+; AARP VIVA, the only bilingual U.S. publication dedicated exclusively to the 50+ Hispanic community; and our website, AARP.org. AARP Foundation is an affiliated charity that provides security, protection, and empowerment to older persons in need with support from thousands of volunteers, donors, and sponsors. We have staffed offices in all 50 states, the District of Columbia, Puerto Rico, and the U.S. Virgin Islands.