This is kind of funny actually, coming from a doctor of all things, but being outside the realm of a family practice, he doesn’t seem to get it as this is how the rest of us are handled with provisions and algorithms with eligibility and what gets covered. 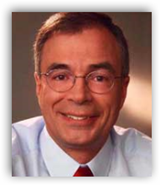 He worked at Johns Hopkins, so what can we say here as he’s not in the day to day shuffle of preventive care and specifically works with surgeons.  He said the government was the only employer he has worked for that he didn’t receive coverage the first day – JOIN THE CROWD OF ALGORITHMIC MONEY SAVING PROVISIONS WE ALL LIVE WITH.  I guess he doesn’t value his COBRA coverage?

Going further on here, he states he was pointing out the inefficiencies of government insurance, well that’s all run by insurance companies so I guess he needs a wake up call it sounds like to me.  He’s been very fortunate unlike many other citizens so I won’t’ hold my breath here as it sounds like there’s some serious studying to come forward.  Perhaps some additional meetings with peers here who practice family medicine and go through the red tape of claims and denials as well as checking eligibility could be in order.  BD

A conservative Maryland physician elected to Congress on an anti-Obamacare platform surprised fellow freshmen at a Monday orientation session by demanding to know why his government-subsidized health care plan takes a month to kick in.

“Harris then asked if he could purchase insurance from the government to cover the gap,” added the aide, who was struck by the similarity to Harris’s request and the public option he denounced as a gateway to socialized medicine.

Harris, a Maryland state senator who works at Johns Hopkins in Baltimore and several hospitals on the Eastern Shore, also told the audience, “This is the only employer I’ve ever worked for where you don’t get coverage the first day you are employed,” his spokeswoman Anna Nix told POLITICO