CMS Head Dr. Donald Berwick Testifies In The Senate on Repeal and Other Matters–The Big Group of Consumer Health IT Non-Literates

We have huge groups of “non participants” in Washington that sit in denial with Health IT and so many, the likes of Bill Gates and even Steven Colbert have tried to 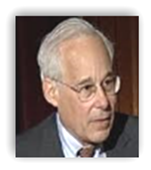 reach though but it’s like talking to rocks resting on a stack of 8 track tapes and there’s plenty of those in both parties.  They still think IT infrastructure grows on trees and can’t succumb to the point that we are way past the abilities of technologies to throw together systems to make their promises work, and that’s a big issue with literacy and not keeping up to date on how technology is working today so we get little more than a “Bricked Congress”.

He still has Grassley asking questions about stuff that either may not matter or information that is public record and when you stop and look at the fact that health insurance companies run the entire Health IT process of the basics of Medicare, well duh, they are in it for the money, and they get money from government contracts but they are not going to be interested in fighting fraud when the money is on Uncle Sam’s ticket.  If it is their ticket, such as their commercial sales, they are all over it.  There’s enough conflict of interest there to keep Mr. Grassley and his staff busy as public knowledge without bugging Dr. Berwick for goodness sakes. 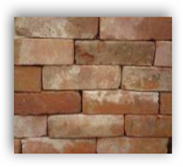 Some Are Owned by Subsidiaries of Health Insurance Companies- Will That Do It? Get An “Algo Man” For Help

This is that stuff that makes things efficient without these undue time wasting processes so maybe some Algo Men on the Grassley staff could be a good idea.  Heck even Walgreens ran their algorithms and said repeal is too expensive so what in the heck is it that these “bricks” don’t get?   We do need to start filing digital laws real soon too.

Again these non Health IT literates think that data processing and data base technologies along with business intelligence grows on trees. The only problem I have with CMS is the advertising and it is too old and even my 86 year old mother complained about it with old Andy Griffith, who she likes, but is more than being well aware that he’s not what’s she’s going to get for help and support from Medicare because he’s stuck in Mayberry, duh…

Talk of Repealing Healthcare Law–How About the Expense of the IT Infrastructure Algorithm Resets And Costs That Would Be Required?

It’s not Superman, Spiderman or even Wonder Woman that creates solutions and become our heroes, it’s the “Algo Men” with all the data, algorithms and wisdom for innovation so if these folks could get over themselves and work toward real collaboration, we will get somewhere instead of constant chicken fights in the news all the time.  For goodness sakes let Dr. Berwick do some work as he has not had much time yet to get to some of the real meat and potatoes. Senator Bunning though certainly had the #1 ranking with  narcissism today with this comment and myself and others are so tired of this non professionalism.

"I can assure you that you will not get special treatment next year," Bunning said.

With all the crap I hear today its is not about learning it’s about chicken fights and egos that are just big turn offs.  Nobody cares about your egos, we want your smarts so learn up.  BD

Dr. Donald Berwick, appointed during a congressional recess, says repeal of the healthcare law would rob seniors of the ability to afford 'life-saving medicine.' Meanwhile, GOP senators zero in on the method of Berwick's appointment.