Just to give you an idea it was only in July of 2009 that I wrote about the Cray XC1-LC system and a clip follows below and now we are up to a Cray 6 core 2.6 model, so this is moving fast.  The more powerful the system is, the faster those algorithms run whether it is investments or healthcare.

The Cray systems have been a favorite on Wall Street for super computing power and used with high frequency trading, those portions of a split second make a difference is is indeed something the SEC needs to be mulling around every day.  Now don’t get too overly concerned as performance is ranked several different ways and for trading and other purposes the Cray Super systems are still right up there. 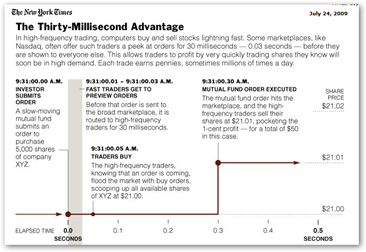 The Cray CX1™ deskside personal supercomputer is the "right size" in performance, functionality, and cost for individuals and departmental workgroups who want to harness HPC without the complexity of traditional clusters. The Cray CX1 system is also available in a “light configuration” version, the Cray CX1-LC™.

“But as new marketplaces have emerged, PCs have been unable to compete with Wall Street’s computers. Powerful algorithms — “algos,” in industry parlance — execute millions of orders a second and scan dozens of public and private marketplaces simultaneously. They can spot trends before other investors can blink, changing orders and strategies within milliseconds.”

As you can see, the Department of Energy with their Scientific Research is a fan and user of Cray Super computers.  As a bit of information from the past, did you know that the technologies for Tablet PCs was developed in China too, at Microsoft’s office over there?  It’s just something to think about as this has been evolving for a long period of time, and it’s now just coming to light in some areas where perhaps nobody thought about it before, so thank China for all the tablet computer technology that we all love today.  Here’s a few notes from back in November of 2008 from the Quack. 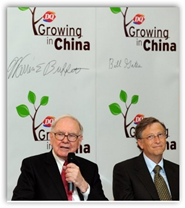 “Microsoft says its Beijing center, one of six, already has exceeded expectations, producing 260 innovations that have been added to products sold worldwide. The center is Microsoft's biggest outside the United States, with 350 researchers.  Mundie said the lab is expected to take the lead in developing business-oriented products for developing countries and possibly health care-related software.

Microsoft's Beijing team is best known for its role in developing an electronic tablet that recognizes handwriting. It also has worked on speech recognition and advanced graphics used in video games. The company says its researchers have been awarded 1,000 patents in China and abroad.”

China is probably doing a better job than either Europe or the United States in preparing young kids for jobs in engineering and science," Mundie said. "There is more vitality in science, technology, engineering (and) math-type of subject matter in the younger grades than there is in other parts of the world."

The warnings and posts here on Chinese technology have been out there for about 3 years now on the Medical Quack.  When processing all the information with sequencing and genomics, as well the the groves with producing new drugs, you need all the computing power one can get at times.  BD

Third place is now held by a Chinese system called Nebulae, which was also knocked down one spot from the June 2010 TOP500 list with the appearance of Tianhe-1A. Located at the National Supercomputing Centre in Shenzhen, Nebulae performed at 1.27 petaflop/s. Rounding out the Top Five slots are two new systems: Tsubame 2.0 at the Tokyo Institute of Technology at number four; and Hopper, a Cray XE6 system at DOE’s National Energy Research Scientific Computing (NERSC) Center in California in the fifth spot. Tsubame achieved a performance of 1.19 petaflop/s, while Hopper just broke the petaflop/s barrier with 1.05 petaflop/s.