This is good as first off they discuss the anesthesiologist who was just elected and wanted his government insurance.  This guy needs an Algo Man and an greater 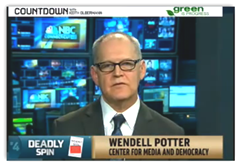 understanding of what is happening in the US.  I have one MD contact that keeps complaining about the anesthesiologists who leave the surgery room and go talk on their cell phones, so these folks come in all shapes and sizes.  The hospital doesn’t do anything about it. Poor folks back there didn’t know what they elected and the lack of Health IT literacy, much less Human Resources and he is obviously out of touch as many employers require a waiting period.  Duh!  Maybe he’s one of these guys that leaves during surgery to talk on his cell phone <grin>.

What is happening here is all done with technology as far as using those algorithms and insurance companies live and die by them, so until the source is reached who controls what they calculate, no amount of talk helps. 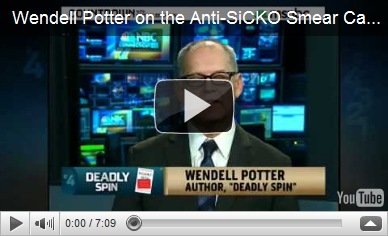 on trees and doesn’t realize how it has to be budgeted too and is expensive.  Wendell Potter knows all about those algorithms and he was on the other side when Sicko came out to keep Michael Moore quiet.  This could be called due diligence, they do that on Wall Street all the time.

before he crossed over.  I am very close this as I have seen it way back when HMO’s would short doctors on their monthly EOBs!  They had floating patients and most did not have the ability to go through manually and find them every month where they were shorted until I came along and built them a simple program (wrote

code) so they could balance and check to see what patients were left off and how many dollars they were shorted, so again use of technology against those years back who had none, it’s gone on a long time.  Here’s one more book to put on your list as it has gone on for years.  There are algorithms written that bring accurate results and those that bring “desired” results and they are not always the same, look at Wall Street and I have to say no more.

I will be watching next week as this will be good to see the two who were once pitted against each other doing what we should all be doing – COLLABORAITNG FOR CARE.  BD

Also, in our fourth story, more details on the health care industry's covert attempt to submarine the health care reform they promised to facilitate -- and explosive revelations from health insurance company whistleblower Wendell Potter who says his own company, CIGNA, was so scared of what Michael Moore's 2007 documentary "SiCKO" would do to its bottom line that they sought a, quote, "campaign to push Michael Moore off a cliff."

Michael Moore has responded, Wendell Potter is our guest next.

Wendell Potter on the Anti-SiCKO Smear Campaign on Countdown with Keith Olbermann -- 11/17/10 | MichaelMoore.com