Amphastar Pharmaceuticals filed a lawsuit against the FDA in this area that goes back to the block on imports of heparin, and thus was not able to bring a generic equivalent to market.  Momenta Pharmaceuticals donated time and effort to help the FDA and thus won first approval.  We all remember the tainted heparin issues on the compound coming from China.  Would it have looked worse if the company would have charged the FDA for their services, probably not at then it would really look like collusion. 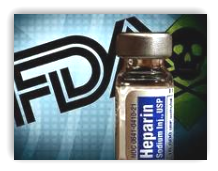 Amphastar Pharmaceuticals Inc. is located in Rancho Cucamonga, California and states the FDA did not have the authority to quarantine 2 shipments of Chinese manufactured heparin as it was not intended for treating people, but rather was to be used for research.  Momenta scientists traced the chemical causes of contamination sold by Baxter.  The heparin battle continues with the lawsuit so it comes down to who in the world will get to sell it and did the FDA show favoritism in this effort.

Technology could help out here with all drug companies having to electronically send information relative to lot numbers produced with their statistics showing adequate testing is done with quality control.  This would also lead to 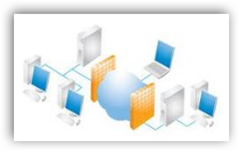 easier identification of finding tainted drugs and the ability to enforce laws in this area.  If drug companies all over the world were held accountable with use to technology to report in each quality control reports, then it would create an area that could be easier for the US FDA and other monitoring agencies in the world to monitor.  As with anything, if folks know that people and sensors are watching, the would kind of tend to clean up their act, you think?

Again, this comes back to adding some new software and algorithms to the process, but computers could provide this information in a couple of seconds.  Audit trails would also be there to allow for checking back on submissions.  A bank of sophisticated server farms or a private could do the work.  This would also tend to build product credibility as well if everyone knows up front that the chemical content was being reported before the end packaging occurs.  Again, not to replace an actual physical inspection all together, but, it would also stand to make those inspections much more information rich and valuable and create safe consumable products.  Blind bills of lading too also confuse the issues as it takes forever sometimes to track this down as products may only show the corporate headquarters address on the bottle or package, when in fact the product was made outside the US, food products too fall into this black hole. 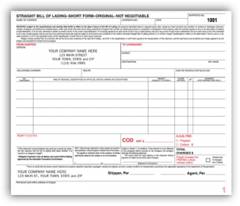 So here we go again, with perhaps over looking the use of technology to bring safer drugs to everyone, and yes it would be a process to set up, but other industries are doing it, so what’s wrong with healthcare where the potential here is saving human lives with much more at stake?  BD

WASHINGTON—Congress's watchdog arm has criticized the Food and Drug Administration for creating the appearance of favoritism toward a Boston company that won lucrative first rights to sell a generic drug after providing free consulting work to the agency.

On Tuesday, a congressional committee plans to release a report by the Government Accountability Office that says the FDA risked giving the appearance that it had compromised its integrity because of its dealings with the company, Momenta Pharmaceuticals Inc.

Winning the first right in July to sell the generic version of the blood thinner Lovenox has already meant hundreds of millions of dollars in sales for Momenta and its partner, Novartis AG's Sandoz unit.

The controversy centers around Momenta's performance of months of free work for the FDA during a high-profile investigation of tainted Chinese drug imports in 2008. At the same time, agency officials were reviewing the company's application to sell the generic version of a blockbuster blood thinner.