This is a little off the normal topics here but I found it interesting that the example here, Citibank is “bringing the plumber back” as the title states with moving back to water cooled servers instead of air.  Virtualization and use of internal clouds is somewhat driving this as now the servers are operating much faster and at higher capacities.  All that computing power runs up a lot of heat. 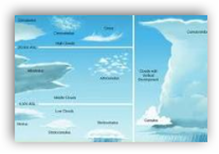 CIOs can think about adding some water to their clouds in the future as we operate more efficiently and demand more from our servers.  The processors just from a couple years ago in some areas have doubled their speed and Moore’s law is alive and well there.  Water of course it wet, but it does make for quieter server rooms and it is the '”green” of today and tomorrow.  BD

Corporations heaved a collective sigh of relief two decades ago when they began replacing water-cooled servers with racks of air-cooled machines. Now they’re re-thinking that decision.

With increased heat and density inside of server racks, caused by the combination of Moore’s Law in semiconductors and higher utilization through virtualization, getting enough cool air through tightly packed server racks is becoming increasingly difficult. Some companies—most notably Google, Yahoo and Microsoft—have built open-air server farms in places like Oregon’s Columbia River Gorge. But others are opting for a more time-tested approach.

When you put water cooling on top of the new machines it adds 12% more efficiency.

Capacity is definitely going up. As we deploy new features and functions that requires more compute power. And that requires more cooling. We’ve been doing many things over the past five years to address that. Virtualization is one piece of that. In a non-virtualized environment servers are running at 10% or 15%. We’re doing whatever we can to deploy new equipment and capacities.

There are a lot of aspects of clouds that can help with power and cooling and making the environment more efficient. We also can provision things more quickly and take advantage of excess capacity within that cloud, which is another way of improving efficiency.