Here in the US, Genentech, known for their cancer drugs and research is expected 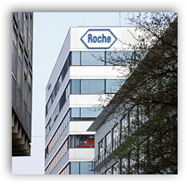 to be hit as well, although no particular numbers are out.  Last year Roche took over Genentech for $47 billion, huge purchase here, but the company always had maintained an invested interest.  The company has had some setbacks with recent trials.  Roche is also looking at the competition from bio-similar drugs, a battle that stands to also reduce revenues but at the same time could make more drugs available to consumers.

In other Roche news they are selling their Florence facilities in the Carolinas where they are one of the largest employers in the area and this represents their chemical manufacturing end of the business.  Increased pressure on expensive drugs and availability is making an impact. RNAi research at Roche is also coming to an end which relates to genetic technologies for cure and treatment discoveries.  Roche has many partnerships with other pharma companies in these areas so they no doubt will feel the pinch and perhaps do some of their own reorganizing.  BD

The Basel-based multinational aims to save SFr2.4 billion ($2.42 billion) a year by reducing its workforce by 4,800 and outsourcing another 700 positions. Share prices rose on the announcement, but analyst reaction was mixed.

The “Operational Excellence Program” unveiled on Wednesday came as no great surprise as Roche had earlier given strong hints that it needed to bring costs under control. The details of the job cuts, due to take place over the next two years, were greeted with enthusiasm in some quarters.

But recent trials setbacks have led to some observers questioning the size of Roche’s R&D budget compared to the profits it produces.

The majority of job cuts will be in sales and marketing, particularly for products that have experienced problems. But Kulhoff was expecting the cost cutting knife to fall more heavily on R&D and Genentech, following cuts elsewhere in the Roche group.