If you read here at the Medical Quack often enough you have to see that word, “algorithms” stare you in the face every time you visit here and it is there for good reason.  My efforts here are to simply acquaint the layman with a bit of what happens behind the scenes on servers on Wall Street and with health insurers as

those algorithms giveth and taketh away, depending of course on how they are written and who’s using them and how.  Being I used to write this case is of interest to me as much if not more than anyone else.  When you look at what is in the news, the accused states he was downloading “open source” software, so if it is open source was it available somewhere on the web?  That’s usually where you go to find it as it is free for anyone to work with and develop in it’s native form.

Health insurers live and die by their algorithms too, after all you can make all the public statements and promises you want, but until the order is given to the technologists to change and/or alter the code or queries – nothing happens.  This is the part where the layman gets caught up as they may or may not understand that everything in motion today has an IT infrastructure and if those changes (and sometimes they are very expensive too) are not made, well we just end up with one more blow horn out there with a ton of empty promises brought around usually by IT illiteracy and the lack of a good non partisan Algo Man who, if consulted before the mouth comes open, could save a ton of disappointments and embarrassments.

We have have not seen much of that, but rather a whole ton load though of those who are a bit illiterate and basically go back to the 70s for their stands and conversations as they somewhat lost and before the elections, we had a ton of those to either laugh at or poke at.  The code runs with health insurers too to stuff your health information into a data base and at times figure out which algorithm could be applied to save a payout, and it may not be done for you intentionally, but then again it could be if pay for performance is hanging out there as folks inside these companies can be on pay for performance for all the money they save, so a lovely status of affairs at times. 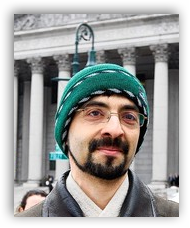 Goldman has the latest version of the Inslaw/PTECH/PROMS software and front run the market including their own clients, that's how they get their money through software with accelerated business intelligence algorithm and aggregation capabilities and whether or not this included any of their high frequency code, I don’t know.

One thing for certain is I hope they have a jury of geeks, otherwise the layman jury people will be totally lost.  The question of the code can get really sticky as I have used code modules as a basis to write a program and they are just modules, in other words some code that saves me from having to write from the ground up and nobody does that any more today anyway as it takes too much time, so everyone is using someone else’s code somewhere along the line.

Code modules that I used would perform one function usually and were combined with several I had written or other free and open source material but it was a long way from running the way I needed it to perform and still required a ton of modifications and input from me and was basically a “skeleton” to build upon.  This is what this case needs to find out, whether this was truly open and free source modules to build upon or was it code that had been modified and built upon, based on some open source and free code?  Again, keep in mind that it takes all the code to run the algorithms and create a complete process for a transaction to take place too and that snippets won’t get it but can be shortcuts again in having to start from scratch.  From what I read here, he had some big snippets though in question. 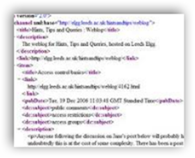 Now on the other side if he was downloading code that was open source and accidentally took an extra module or so, that does happen with code as it starts all looking the same at some point and perhaps he didn’t go through and separate what was proprietary and what was truly open code.  I just don’t seem to believe that untouched open code without modification was sitting around just as an outsider but who really knows.  I have a bunch of that stuff in mothballs and it has no value to anyone besides myself if I decide to use it again as it is all stored as components or separate modules for me to build upon.  It is at various stages too with the basic code as it downloaded as well as modified by me at perhaps several stages too being a working file, so again, hope that jury has some geeks so decipher exactly what code was taken.  If he had the code on his computer, certainly he was ready to sit down and work with it to modify so it would have a purpose, that’s what developers do.

We just had the big case with Oracle whereby they were able to prove that someone took their code and copyrights and if you work with both sets and do some comparisons as well as debugging and watching it run, it becomes pretty clear, and again we are talking the code, not the screens the end user sees, it’s the stuff behind the scenes.

On a closing note, it scares the daylights out of me seeing folks make laws who do not have the basic consumer digital literacy skills and this is why we have this:

The banks get it but Congress doesn’t and this is why code and algorithmic formulas have over the last years shifted the money in the US as they have machine gun technology as we are still struggling with swords and daggers.

If you don’t have the technology to audit, how in the world can the government regulate?  This case is going to be interesting and I hope to see some true intelligence here and lessons learned too from all involved and hopefully those who are in denial about how technology is changing our lives every day will see the light and wake up, as if WikiLeaks has not already given them enough reason to get of the their duffs.  BD

A former Goldman Sachs Group Inc. computer programmer plotted for two months before leaving the investment bank for a rival about how to steal the confidential source code for Goldman's high-frequency trading platform, a federal prosecutor said.

In his opening statement Tuesday, Assistant U.S. Attorney Joseph Facciponti said Sergey Aleynikov located a computer server in Germany that wasn't blocked by Goldman's firewalls and secretly uploaded portions of the code in the days before he left the investment bank. Mr. Aleynikov wanted to use the code to build a similar trading platform at Teza Technologies LLC, Mr. Facciponti said.