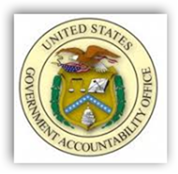 and information provided to make a full evaluation.  We had one case in California that turned pretty ugly with patients not getting adequate care and their liability insurance was exhausted.

In view of the fact that the 3 largest nursing home chains are owned by private equity firms the GAO determined it was worth reporting on.  We are facing some similar questions too with hospitals now being acquired by private equity firms.  In California we have one chain of hospitals that have been purchased when they are out of money and they all turn into Cadillac ER rooms and all services found not profitable are pretty much shut down.

Medicare cuts to nursing homes are also making them look less lucrative and now some of the chains are focusing on caring for patients recovering from surgical procedures, as if they are not quite ready to leave the hospital, patients are sent to nursing homes for recovery.  Of course this entails additional data work to transfer all the patient records from the hospital to the nursing home and of course physically moving patients around too.  As stated in this article, investors in private equity may not be seeing the profits they anticipated a couple years ago as healthcare reform and technology continue to change the shape and methodologies provided to take care of both seniors and those recovering from surgery.  We can’t have care suffer for the sake of only making a profit only.  BD

THEY are best known for eyeing glittery targets such as swanky retailers and landmark buildings. But private-equity firms have also recently shown interest in a much less glamorous business: nursing homes. Since 2005 there have been at least 46 buy-outs of nursing-home operators worldwide, according to Dealogic, a research firm. Private-equity firms now own three of the five largest chains of homes in the United States, including the biggest, HCR ManorCare, which was bought by Carlyle for more than $6 billion in 2007.

The takeovers of nursing homes by the sort of hard-headed financiers widely regarded as being capable of selling their own grandmothers have attracted scrutiny from Congress’s investigative arm, the Government Accountability Office (GAO). In October it released a report expressing worries about its lack of data on investment firms’ ownership of nursing homes, which it said hampered its ability to monitor standards of care. The GAO is now working on another report, in which it will evaluate the adequacy of the care provided in homes bought by private equity.