You can read the entire press release here where it states that they need to expand in Asia and China is the good guess and there could also be other countries involved, but most of pharma and many medical device companies are already heavily invested in China.  China as a matter of fact is making up about one third of the IPOs in the US for a small tidbit of information here. 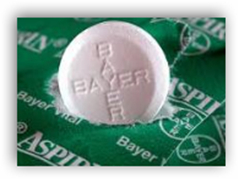 Germany will be losing 1700 jobs and it sounds like they are having some of the same outsource pains we have here in the US.  One item mentioned here too in the PR is the fact that they want more innovation, but again without collaboration that doesn’t do too well so maybe there’s more collaboration in China?  It is also mentioned that the company wants to get some more generic products out there too.  The press release calls this a “redirect of resources”.

Spare a thought and perhaps an aspirin for Bayer AG employees this morning who found out first via the wires that their company is planning to cut 4,500 of their jobs worldwide by 2012. Apparently a leak forced the German health care and crop science conglomerate to issue its press release yesterday, a day earlier than planned.

Precisely where the axe is going to fall remains unclear (since German law requires Bayer to discuss first with its employees and employee representatives before divulging its plans to the public; fair enough.) But a letter to employees at pharma division Bayer Schering Pharma from chairman Andreas Fibig reveals that this division will see headcount cut by 900 globally by 2012, not just in admin and support functions at HQ and in marketing and sales, but also in R&D and product supply.

The cuts will affect 1,700 jobs in Germany across the entire group, although Bayer Schering AG's Berlin HQ "will remain important", we're told. But about 2,500 new jobs will be created, mostly in emerging markets -- 1,000 of those will be in pharma. The group plans annual cost savings of €800 million, starting in 2013.

But while FDA is J&J's problem, Bayer hopes to launch Xarelto in four new indications in Europe and has other near-term launch assets including Eylea, Alpharadin, Riociguat and Regorafenib to think about. Plus China. Resources need to be shifted to China, says Fibig in his letter; "this isn't a downsizing exercise for us, but a shift of resources, resulting in a net positive effect on our workforce."

The IN VIVO Blog: Bayer Cuts Jobs in the Name of Growth