There are some very good points here and the recent radiation news is the perfect example.  In their complains, scientists complained they were coerced and pushed to giving approval to many areas.  Software is coming into play more and 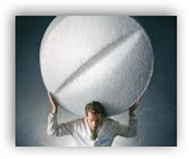 more with medical devices and this has changed dramatically in the last few years, and ensuring software is going to work properly is a very big deal.  I can’t figure out in the news we read today as to why their complaints were not given at least an opportunity to be fully heard.  Having written my share of software that part of the process I understand well and you can’t be too careful and extra measures to ensure it works properly is not out of line.

On some occasions, the decisions of the scientists were over ridden by documentation.  I think they should at least be heard and see what reservations they had as this makes no sense to not let them speak up, as we could stand to learn from this and perhaps even come up with some ideas for approvals.  I know the FDA is a busy place and is transitioning like crazy, but back as around 3 years ago, the agency had employees working where they did not even supply them a computer, with studies still being written in long hand.  I think in the last 2 years there has been a big fix in this area but still, as a consumer, I would like to hear what the scientists have to say.  BD

Nine current and former scientists from the U.S. Food and Drug Administration's (FDA) medical device unit have filed complaints against the government agency related to the safety of medical devices. And for the second time these complaints have been thrown out by federal officials.

The scientists say they dealt with harassment and intimidation because they had concerns over FDA-approved medical devices. According to a Natural News story the scientists’ complaints were thrown out without any kind of investigation.
According to several reports, the FDA scientists went public with their concerns about the safety of new medical imaging devices that give a heavy load of dangerous radiation to patients.

They were very concerned with new computed tomography (CT) scanning machines that are being used on healthy individuals to screen for prostate cancer. The scientists say these new machines expose individuals to unnecessarily high levels of radiation.

These same devices are said to be the cause of hundreds of radiation overdoses from this past year.

And while all of this corruption is taking place the FDA sits there telling us that the new imaging machines are safe when used properly. What balls they have!