When we stop and think how due to politics that stem cell research was kind of put on hold in the US, it is sad.  The good news though is that other countries and now

in America, that has been lifted and I sure hope we get some folks that push the stem cell bill through Congress as they have voted it in before and it was rejected by our former President.

The tracking of the patient will continue for 2 years and there are an additional 11 patients in holding ready to be in line next.  The trial is also listed in Clinical Trials.gov for additional information. 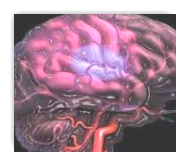 “A ground-breaking first-in-man clinical trial is underway in the UK. The PISCES study (Pilot Investigation of Stem Cells in Stroke) is the world's first fully regulated clinical trial of a neural stem cell therapy for disabled stroke patients and ReNeuron is the first company to have received regulatory approval for any stem cell-based clinical trial in the UK. The aim of the PISCES clinical trial is to evaluate the safety of the implantation technique and to establish the side effect profile associated with the implantation of ReN001 stem cells in patients who have suffered an ischaemic stroke.Additionally, we aim to collect preliminary efficacy data by evaluating any improvement reported in stroke-specific assessments that will be made regarding neurological function on an on-going basis throughout the study.
Patients in the PISCES trial will be followed up over a two year period to evaluate the safety of the ReN001 therapy and any potential improvement in neurological function. These clinical assessments will involve scoring against several stroke-specific scales as well as a battery of other tests designed to evaluate both motor and cognitive function over time. Ongoing monitoring of the patients will also continue in the longer term following the two year end-point.”

Just this week, here in the US, stem cells are being used as a combine therapy for brain cancer too at the City of Hope.

Below is a video that discussed the company plans, keep in mind this is from the investor side of things but it goes over what the company intends to accomplish with first off working with patients that have been disabled with strokes.  BD 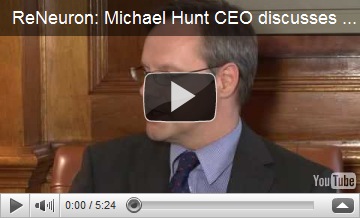 Doctors have injected cells into the brain of a patient in the "world's first" stem cell trial for stroke victims, it has been announced.

A team in Glasgow carried out the pioneering procedure on a patient who will be closely monitored for two years to see if the treatment is successful.

The study, Pilot Investigation of Stem Cells in Stroke (PISCES), is the first of its kind in the world.

It will test whether implanting stem cells can treat damaged areas of the brain and improve quality of life for victims of ischaemic stroke, the most common form of the condition, which is caused by a blockage of blood flow in the brain.

The trial is being led by Professor Keith Muir from the University of Glasgow's Institute of Neuroscience and Psychology.

The trial is being carried out with ReNeuron Group who were given approval from the UK Medicines and Healthcare Products Regulatory Agency (MHRA) in January last year.