I wrote this post up a couple months ago and today noticed that the doctor is still searchable on several websites.  The first site here still shows the doctor along with a link that states some current news to a comment section of the website and supplied this video from You Tube.  You can click on any of the images to view the pages on the web.  Obviously she’s not going to be able to claim her profiles and update the information found on internet searches, so who does this when an MD is deceased? 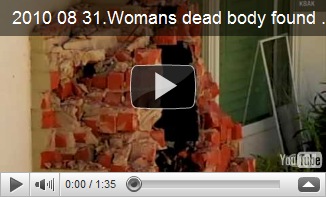 The one site at least makes it known that she is dead, but perhaps an archive section could be established to separate the living from the dead?  One other site shows that she sees around 25 patients a day.  Below are the links from what’s on the web today, and there could be more but this was just a quick web search.  BD 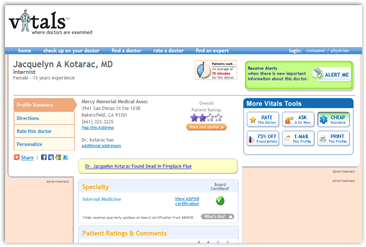 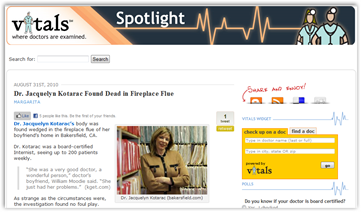 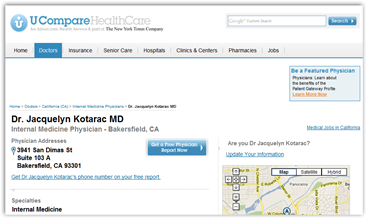 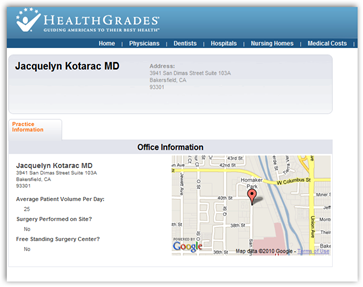 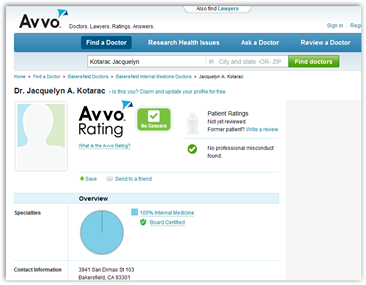 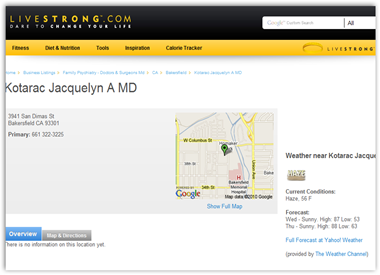 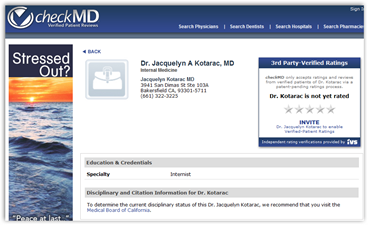 California Doctor In Bakersfield Gets Stuck in the

This is a strange one and I’m sure the news will pick up more on this as it develops.  The story is strange in the fact that the boyfriend left and house and escaped while the break in was happening, but did he not return?

A house sitter discovered her body in the chimney a couple days later.  An autopsy will be conducted and investigators say it sounds suspicious.  BD

The Medical Quack: California Doctor In Bakersfield Gets Stuck in the Chimney and Died–Was Said to be Breaking In To Boyfriends Home